It's time for our customary preview of all our news for 2019. And, as usual, Tex will do the honors-our "magnificent 70-year old", who's still riding his horse like a youngster! 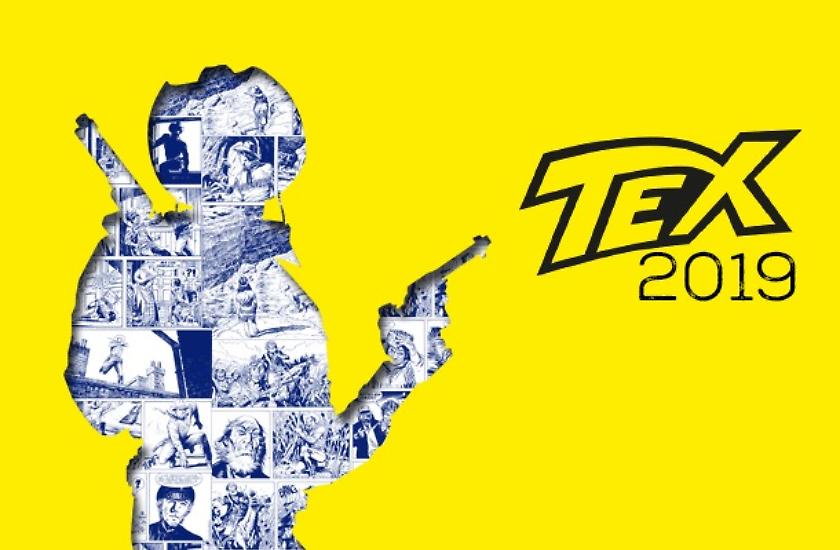 One year ago, Tex turned 70! And in 2019, he will reach the goal of 700 albums. After setting a new record after another, our hero's adventures have doubled in the last few months: the standard monthly issue features the brave Ranger and chief of the Navajos as we know it, surrounded by his affectionate and lethal partners. But in the new series Tex Willer, that gained immediate success, Tex is the young outlaw of the first stories by Gianluigi Bonelli. A daredevil 20-something adventure seeker, who faces any threat with a smile on his face.

On the regular series, after the exciting NYC adventure, we will be presented with the outstanding, full-color, n.700. Here, in continuity with the ending of Tex Willer's first story arc, our Ranger will meet Tesah and the Pawnee treasure again. After that, the comeback of El Morisco will take us to an adventure in the Mexican jungle, fighting the Queen of vampires. In the mists of San Francisco, we will encounter Tom Devlin, and find out what happened to Bowen, the gunman, and Tim, the young man whose father has been killed by him.

A famous Wild West anti-hero will appear in the next Texone, by Laura Zuccheri, the first female artist to work on Tex. But will this character be a friend or a foe for our heroes? A hardcover album, in full color, with art by a "guest star", R.M. Guéra, will feature two young Rangers, Tex & Carson, against the man with the golden guns! In the new Tex Willer series, the young outlaw Tex will search for Tesah in Mexico, going against Comancheros, soldiers, and Apaches. Then, on the banks of the Mississippi River, he will find himself involved in a political conspiration, with Steve and Lily Dickart, the charming  Pinkerton agent, Kate Warne, and the aspiring US senator Abraham Lincoln as his co-stars!

And, we didn’t mention the Comanche raids, railway disasters, Native American gunmen, wild Netdahe marauders, Rurales, a solo adventure for Gros-Jean, satanic cults, and a myriad other adventures on the Wild West Frontier!