After his debut on an album of our Le Storie, Mercurio Loi came to your newsstands with his regular monthly series in April 2017. Now it’s time to give you a preview of what’s in store in 2018 for the Roman professor. 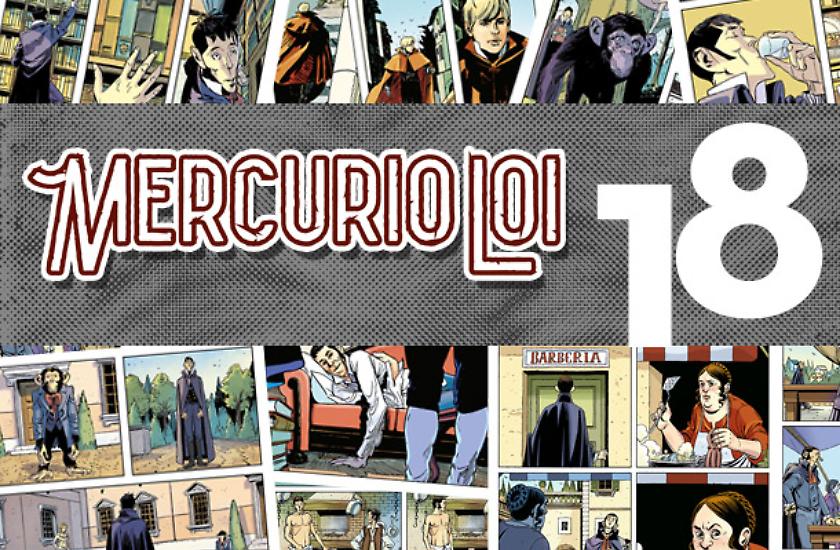 For Mercurio Loi, 2018 starts by meeting a monkey. A strange primate called Dioniso, who lives in Giacomo's house, a biologist friend of our professor. The monkey will drive Mercurio to reflect on his resemblance to it, but also on many questions and theories about the human evolution.

This year, Our professor, his assistant Ottone, and Sciarada will be forced to reckon with situations that they have delayed for too long!

The year will go on lazily instead of energetically. It couldn't have been otherwise, due to the nature of our professor. Issue #10 will be an unusual episode, with a sinister terrorist group that will try to start a revolution using no weapons, but only their inertia and immobility. They appear innocuous, but the consequences of their actions will present themselves very soon. Ottone seems to be the only one interested in it because Mercurio Loi has no intention of leaving his comfortable sofa...

Amidst the narration of (seemingly) ordinary weeks in the life of Mercurio Loi and his obsessions - like his desire of joining a coveted Club of Superior Minds - we will follow the events of Ottone’s life. The young man is increasingly more in love with Diana, the daughter of the man he killed by mistake, but he hasn't the courage of confessing her the truth. Meanwhile, the members of Sciarada - the secret society that has the goal of revealing all of Rome’s mysteries - are dying in mysterious circumstances.

The new year will also see the comeback of all of Mercurio Loi's worst enemies. And we mean all of them! Our professor, his assistant Ottone, and Sciarada will be forced to reckon with situations that they have delayed for too long, and solve them.