In this third part of our preview of what’s in store for the Bonelli Heroes in 2018, here comes Dampyr. What fierce enemies will Harland Draka have to face in the next months? 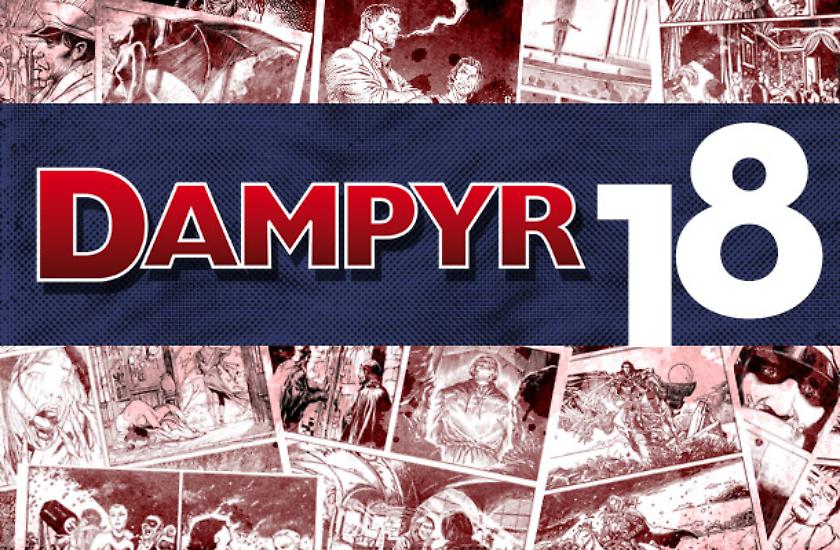 It will be a hard year in the dangerous life of the Dampyr! Harlan Draka will risk losing both of his dearest friends. Nergal will attack him, with the help of Abigor, waking up the ancient Golem of Babylon and hiring a diabolical maker of killer toys.

It will be a hard year in the dangerous life of the Dampyr, because Harlan Draka will risk losing both of his dearest friends!

A new Mistress of the Night, the charming Ah-Toy, will start her fight against the Dampyr in the misty streets of San Francisco’s Chinatown. In Japan, Harlan and Kenshin will have to face the ghost of the terrible Kuchisake-onna, the girl with a slit mouth. But two horrific threats will dwarf even those menaces: the comeback of the Great Ancients, with the involvement of Fernando Pessoa, Aleister Crowley, H.P. Lovecraft, and Robert Howard, and the persistent threat by the cinephile Master Henzig who will hit Tesla and then Ljuba, as an attack to Harlan Draka.

Finally, in autumn, there will be a great surprise! A full-color album with art by at least thirteen authors that will recreate past and present Lucca, starring characters like Taliesin, San Frediano, Dolly MacLaine, Sho-Huan and the Etruscan Goddess of Death: the Mistress of the Night Vanth!