What's in store for our Orfani in 2017? After the surprising "Terra," the final season will begin for the characters by Recchioni & Mammucari! 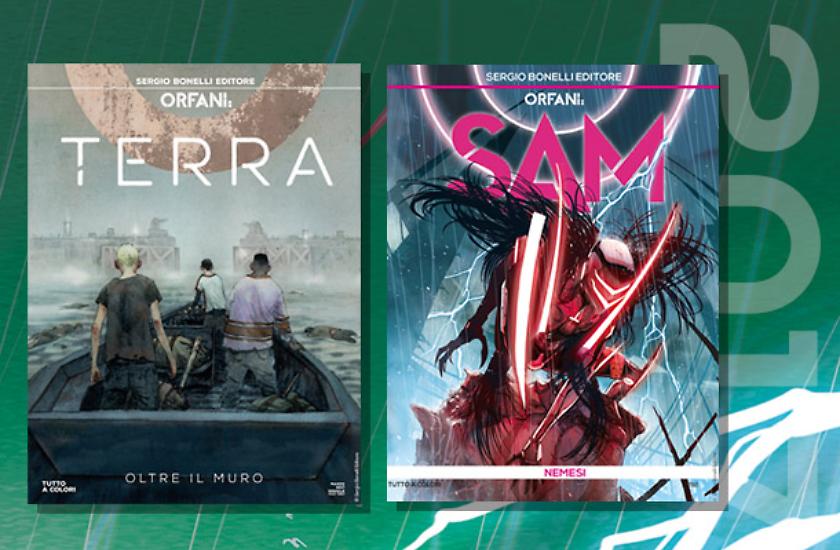 Starting from January, we met new leading characters, in Orfani: Terra. Young orphans who, until the third album of this fifth season – coming up in March, with another great cover by Gipi – will fight to escape the desperation that pervades the American continent. What will their fate be? We'll find out thanks to the stories created by Emiliano Mammucari and put into images by a harmonious team of artists. What then? What will happen? Let's hear from Roberto Recchioni himself.

Orfani: Terra and Orfani: Sam are the last, exciting pieces of the sci-fi universe created by Roberto Recchioni and Emiliano Mammucari.

The sixth and final season of Orfani's long saga.

This time, it will be Sam's turn to take center stage. The innocent child transformed into a blood-thirsty psychotic by the military and a killing cyborg by the government. Two children, the young orphans Perseo and Andromeda, will join her. The former is the son of the radical terrorist, Rosa; the latter is the daughter of the savior of the world, Jsana Juric, and public enemy n.1, Ringo. Sam will have to take care of the children, to keep them away from Governor Garland and General Petrov, the strongest powers of New World, who want to catch the kids and use them as a political and propaganda weapon

Meanwhile, on the Moon, Cesar the pirate - who's now the leader of an insurrectionist colony - will move his pawns to take advantage as much as possible of this explosive situation. Among all these characters, a mysterious hitman will appear: he's endowed with extraordinary physical abilities and alway works along with a sadistic flying drone.