Orfani: Ringo – On the road

Our Orfani carry on with their journey through a post-disaster Italy: find out about the key-stops of their odyssey, as they are told in our albums in 2015. 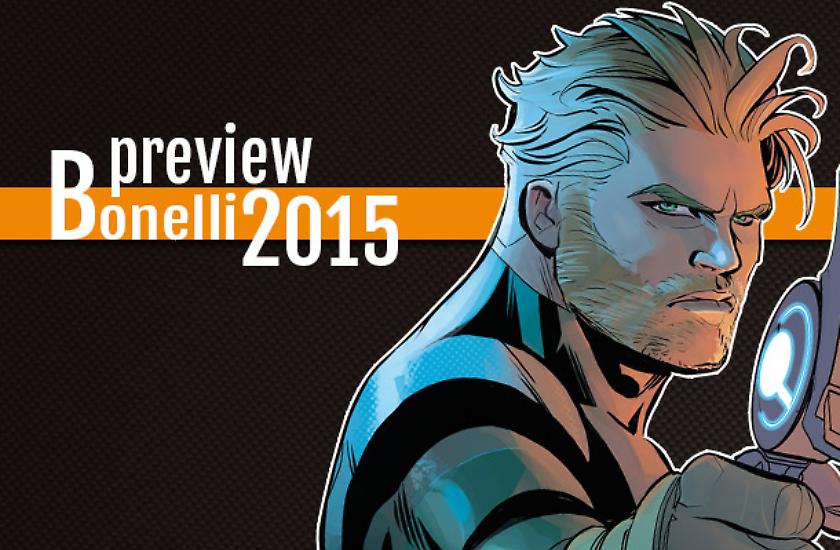 The new Orfani carry on with their escape, on the uneven roads of a crumbling Italy.

Young Seba, Rosa and Nuè, led by Ringo, have to avoid the no-quarter hunt they’re given by Jsana Juric, who became the President of the Extraordinary Crisis Government. The main characters of Orfani’s first season have been unleashed on their tracks, after they tragically died one after another, and then came back in the second season as the Corvi, Juric’s efferate personal guard.

In N.5, by Recchioni-Gianfelice, at your newsstands in February, we’ll meet our heroes inside Lucca’s old walls, driving a Fiat 500, while they’re being attacked from above by a deadly flying device (that once was one of Ringo’s sworn enemies)…If that wasn’t enough, they’ll also be facing an army of lethal robots.

In N.6, the Uzzeo-Avallone duo will tell how the desperate race of the four escapees will stop for a moment, enabling the protagonists to think about and clarify their relations. Ringo will have to reckon with the three young Orfani’s adolescence, screaming to come out in the open, the situation notwithstanding.

N.7, by Vanzella-Genovese, will take place in a Bologna that is sinking in the muddy waters of a huge swamp, where Ringo and his adventure mates will meet a tribe of kids who created a self-sufficient community.

In N.8, by Recchioni-Bacilieri-Dell’Edera, Our Heroes will go further north, following the remains of the motorway network…

In N.9, by Uzzeo-Cremona, we’ll founder in the fog of the Po Valley, ending up prisoners of a band of survivors, who went crazy because of a radioactive dust that is still falling from the sky…While a shoking truth is waiting for one of the Orfani, and it will change his life forever.

In N.10, Recchioni-Pittaluga, with a desertified Milano as a backdrop, will enable us to find out that nothing is what it seems to be, in the ranks of the good guys as well as the villains.

In N.11, Uzzeo-Olivares will take the events to their climax, plunging the story towards its very-dramatic end, in N.12, by Recchioni-Zaghi: it will be the prelude to the beginning of Season Three.

Starting with the next episode, coming up in October, written by Recchioni-Vanzella with art by Gigi Cavenago, who got the prestigious Gran Guinigi Award for Best Artist at the last Lucca festival, cards will be unexpectedly shuffled once again, and we will start a new with a new title, new characters and new original sceneries.