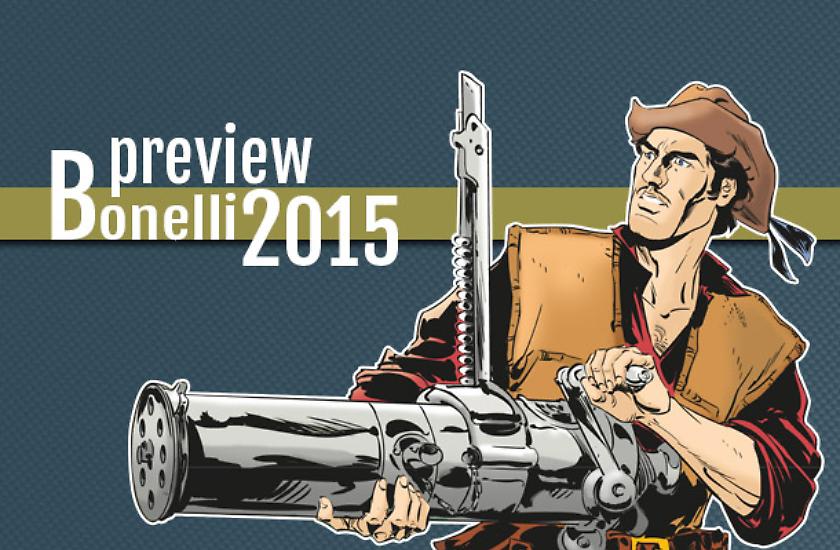 Adam Wild’s new year opens with a plunge into Black Africa, that has never been so dark and impervious. We will live again the legend of the Missing Link, in a fast-paced adventure in Congo, among man-eating tribes and Belgian colonialists. But a more upsetting myth resurfaces: the Sudanese legend of the Ghost Giraffes, that threaten the hunters during their feverish hallucinations, but not only then.

You’d think that a peaceful moment could be found in the natural Paradise of Ngorongoro, where Amina took refuge with the natives she had freed from the slave-traders, but Hell can break loose even there. There’s just no rest. Makibu, Adam’s young friend, is looking for revenge against the witch doctor who sold him to the slave traders when he was a young boy and is still terrorizing his native tribe, with his ravenous hyaenas.

Then, it’s time for the shady Lady Winter to come back, at the head of the British railway line that crosses the Tsavo, a land haunted by man-eating lions. A pause to blow off steam can be had in the nightclubs of Mombasa. But it’s a relatively relaxing stop, because Adam finds his sworn enemy, Frankie Frost, here. Then, off to an adventurous trip to the Kilimanjaro peak, threatened by the small but fierce mountain demons, who prevent outsiders from getting to the snowy summit. There’s sea, also, to be crossed on a cargo ship taking wild animals to London, for the zoo. We will see new exploits in the Urban Jungle, in a whirlwind of conspiracies, mysterious murders, and unexpected enemies, while our heroes will uncover the corruption hidden behind the authoritative façade of the Royal Geographical Society.

All this, with texts by Gianfranco Manfredi and pencils and ink by a formidable team of artists, most of them at their debut on a Bonelli album: Laci, Antonio Lucchi, Paolo Raffaelli, Zoran Tucic, Stevan Subic, Massimo Cipriani, Giorgio Sommacal, Damjan Stanich, Matteo Bussola, Darko Perovic. Ad adventure after another. Let’s discover the wildest side of Africa, and the wildest side of Adam himself!