Here’s the third chapter of our discovery journey of the 2015 Bonellian adventures. What’s in store for Lukas, the mysterious Reawakened created by Michele Medda and Michele Benevento? 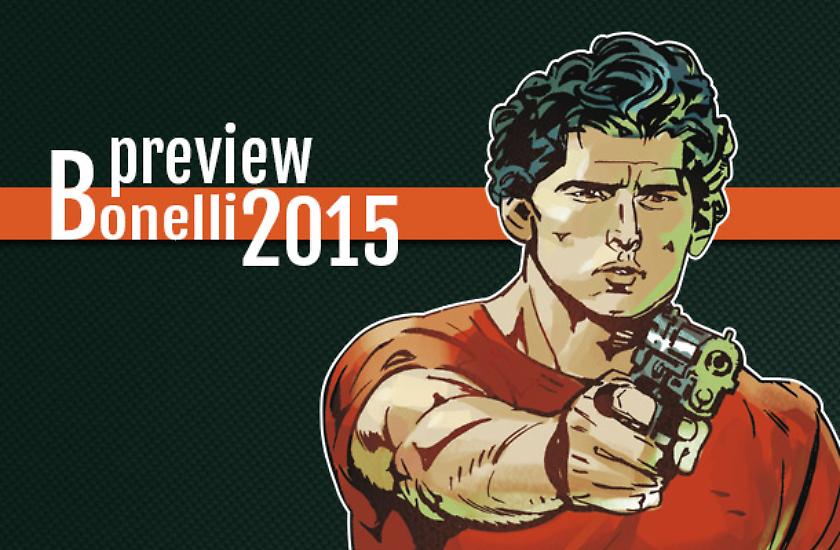 Reborn is not only the last name that Lukas, a.k.a. Jordan Black, chose for his new identity, but it will also be the title of his adventures’ second season, coming up in March 2015.

The new season will be conceived in a different way from the previous: all the episodes will be connected by a larger plot that will begin in n.1 and end in n.12; meanwhile, though, the series will feature three narrative arcs, formed by four episodes each.

We will learn that Lukas went back in the city nicknamed Deathropolis, and a lot of things had changed there since he left. The world of the Dark One, that Lukas had explored, this time reamins shrouded by the shadows. And Lukas tries his best to stay away from it. He’ll be forced to face it again, when an old acquaintance of his resurfaces, giving him the chance to unveil the mystery that still envelops his past. In return, of course, of a dangerous task.

Lukas will have to confront a strange killing couple, formed my creatures of the Dark One. And he will be doubly in danger, since he’ll also have the law on his tracks, this time. Not the city police, though. The Federals have created a special unit for “supernatural” crimes. Led by an incompetent officer, for years the unit acted just as a bureaucratic machine. But after the appointment of a young and determined special agent, Myra Cabot, things changed. Myra gives the unit a new nickname, “Phoenix Squad”, and a new mission: along with her colleague, Amos Plosker, they re-open the "cold cases" files. One of them is the murder of Janko Nicolic, the “cannibal”, perpetrated by a mysterious killer with a gloved left hand: and that killer is Lukas!

Meanwhile, the Reawaked are stronger than ever. They take the main places in every mortal organization, up tho the highest rungs of the social ladder, until the foundations of of their dominance are shaken by a terrifying enemy: Cyrus Smiley, a vampire that is able to move inside the mazes of the human power far better than the Reawakened crowd. And now, he wants to takeover the highest positions in the government.

Lukas will be unwittingly involved in furious power struggle, where the rule of the city, and then of the entire Country is at stake. But in the deepest abyss of the Dark One, a creature far more powerful than both Reawakened and Vampires began to plot. And he will move the most negligible pawn on the chessboard – a troll that Lukas’ readers know very well – to wipe Reawakened and Vampires away, imposing the rule of the Dark One on the Earth.

The realization of this truly wide-ranging saga, where you will meet familiar characters and get to know new ones, features the same creative staff of the first season. Michele Medda wrote the scripts for all the episodes, while Michele Benevento, after finishing the first issue of the new narrative cycle, is already working on the last chapter and adding the last touches to the covers. Along with Benevento, also in this series you’ll find the “signatures” of Luca Casalanguida, Andrea Borgioli, Fabio Detullio, Werner Maresta, Frederic Volante and Massimiliano Bergamo.