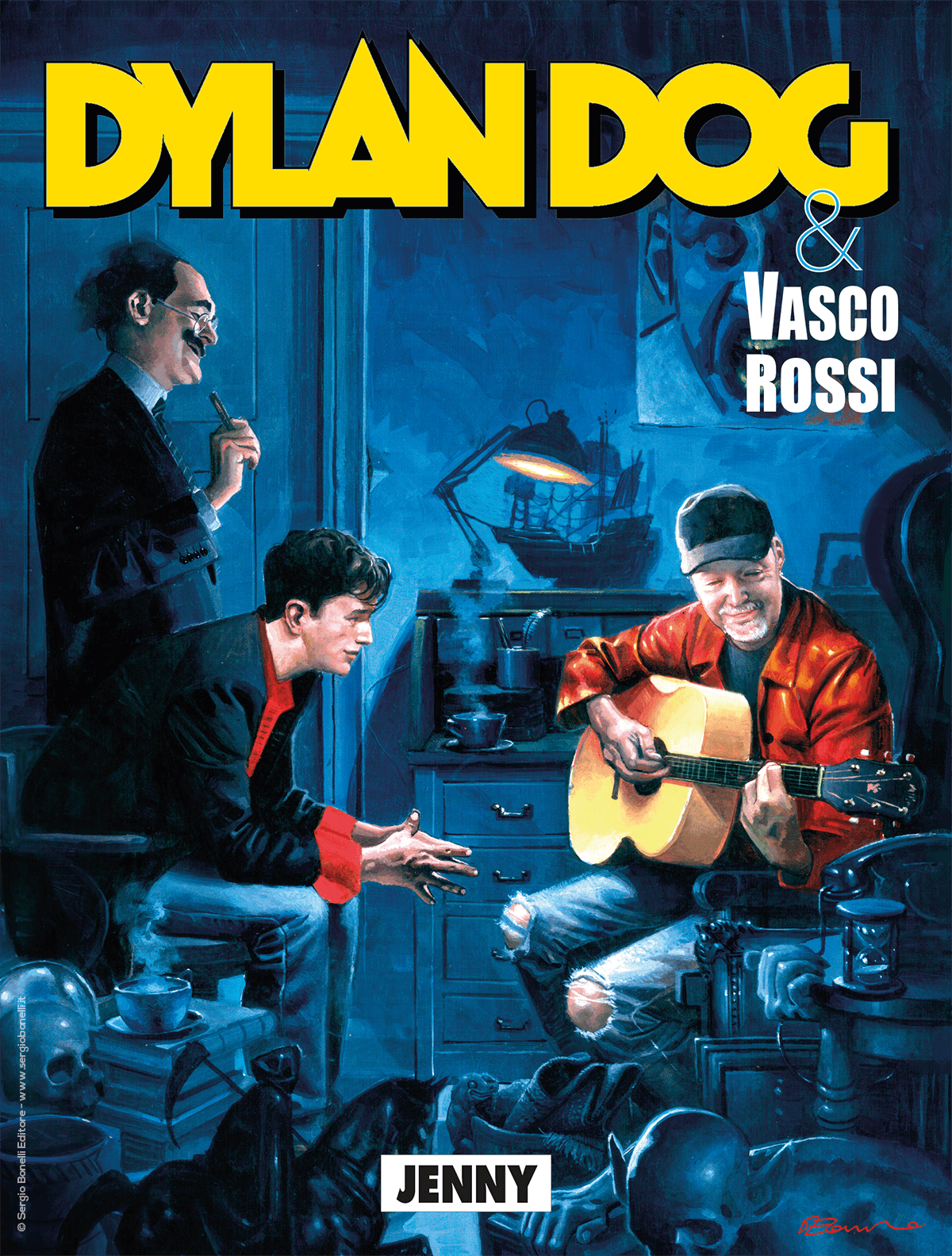 Introduction: Facing a young woman who carries horror inside herself, the Nightmare Investigator is at risk of being one of her victims.

Dylan Dog wakes up in a bare, dark room without any opening. He doesn't know how he got there, and how to go out of it, but he hears a feeble voice on the other side of the wall. It's Jenny, another prisoner of that hostile place where time itself loses meaning. Apparently, the only sensibile thing there is to surrender and sleep, letting yourself die.

A special album you don't want to miss, inspired by Vasco Rossi's song, "Jenny", the Nightmare Investigator’s homage to the Italian rocker.
Also with 16 extra pages with Vasco interviewed by Luca Crovi, and the lyrics of the song that inspired this episode.