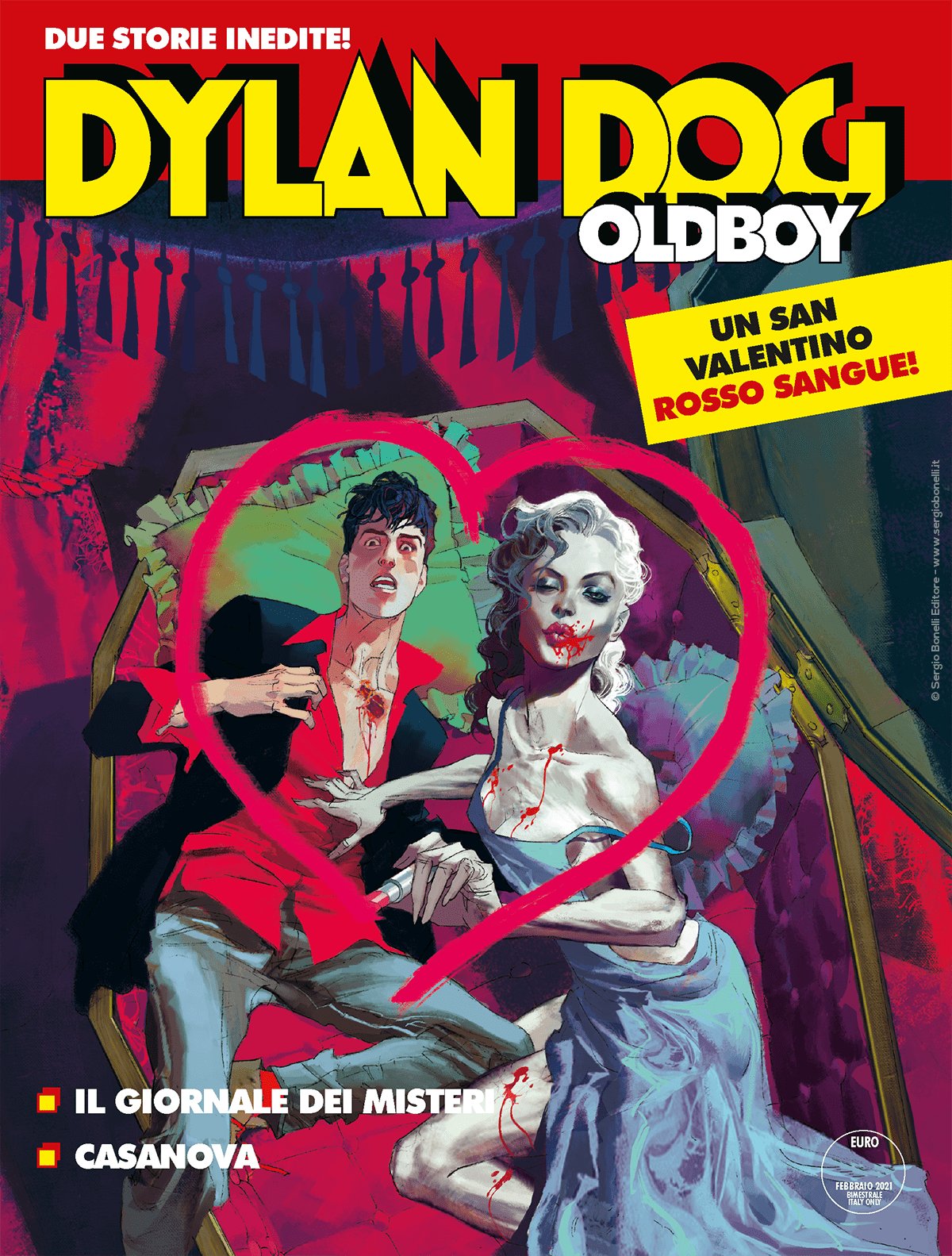 Valentine’s Day looms on the horizon when the news of Dylan Dog’s death arrives! The quirky writers of a mystery magazine investigate his demise.

Casanova is a serial killer who seduces and kills young women. The Nightmare Investigator’s latest girlfriend is one of his victims. A client then arrives at 7 Craven Road, claiming she was one of Casanova’s victims, too, but she survived because she cannot die...