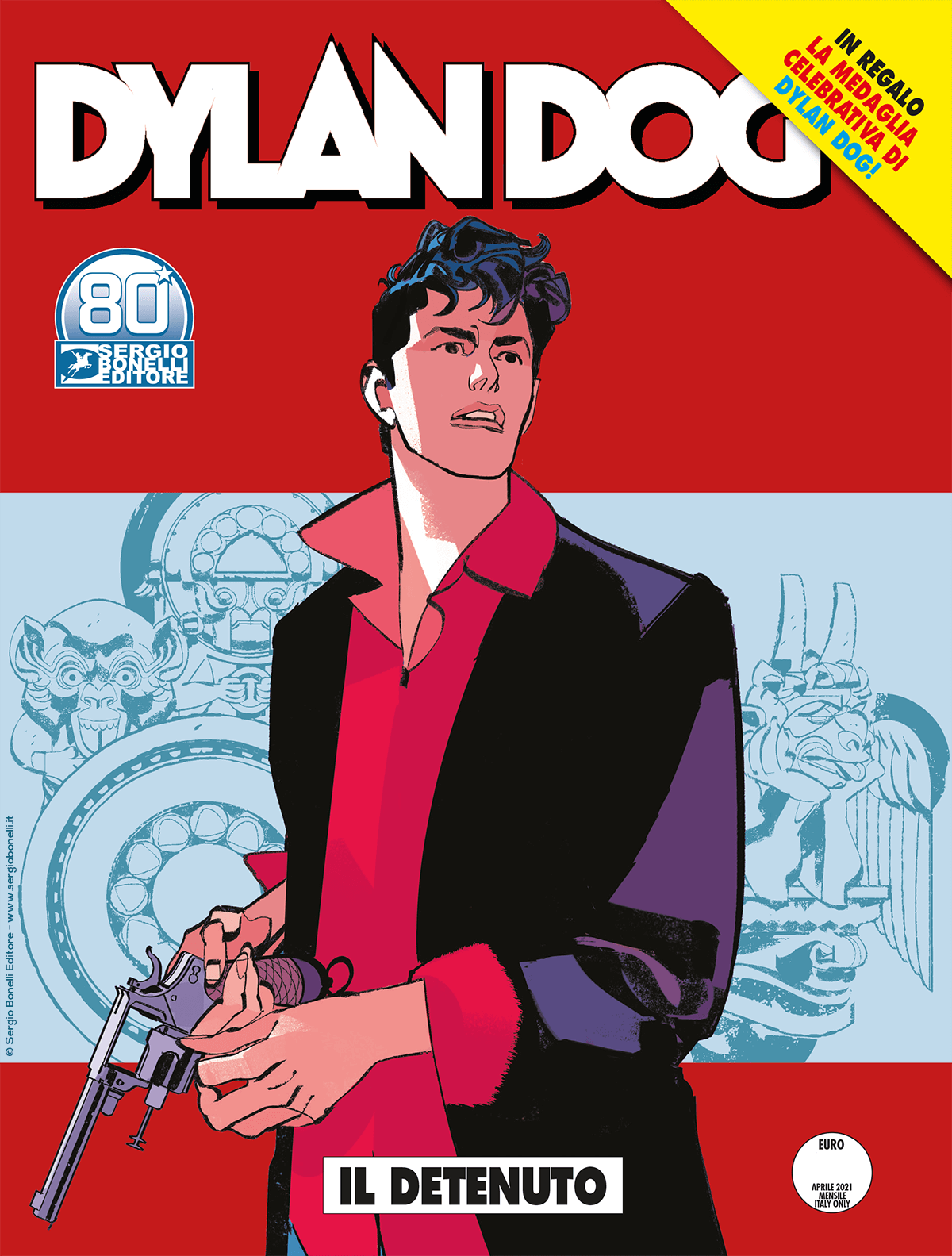 Introduction: Dylan Dog is in jail. Alone and secluded, with his ghost as his only companions…

After he left his home, Dylan realizes he forgot his wallet. He stumbles into a patrol of police officers. When they see he’s got no I.D., an argument ensues, and Dylan ends up in an isolation cell. It is only the beginning of a tortuous confrontation with himself, his identity, his guilt.

With a free commemorative medal of Dylan Dog!