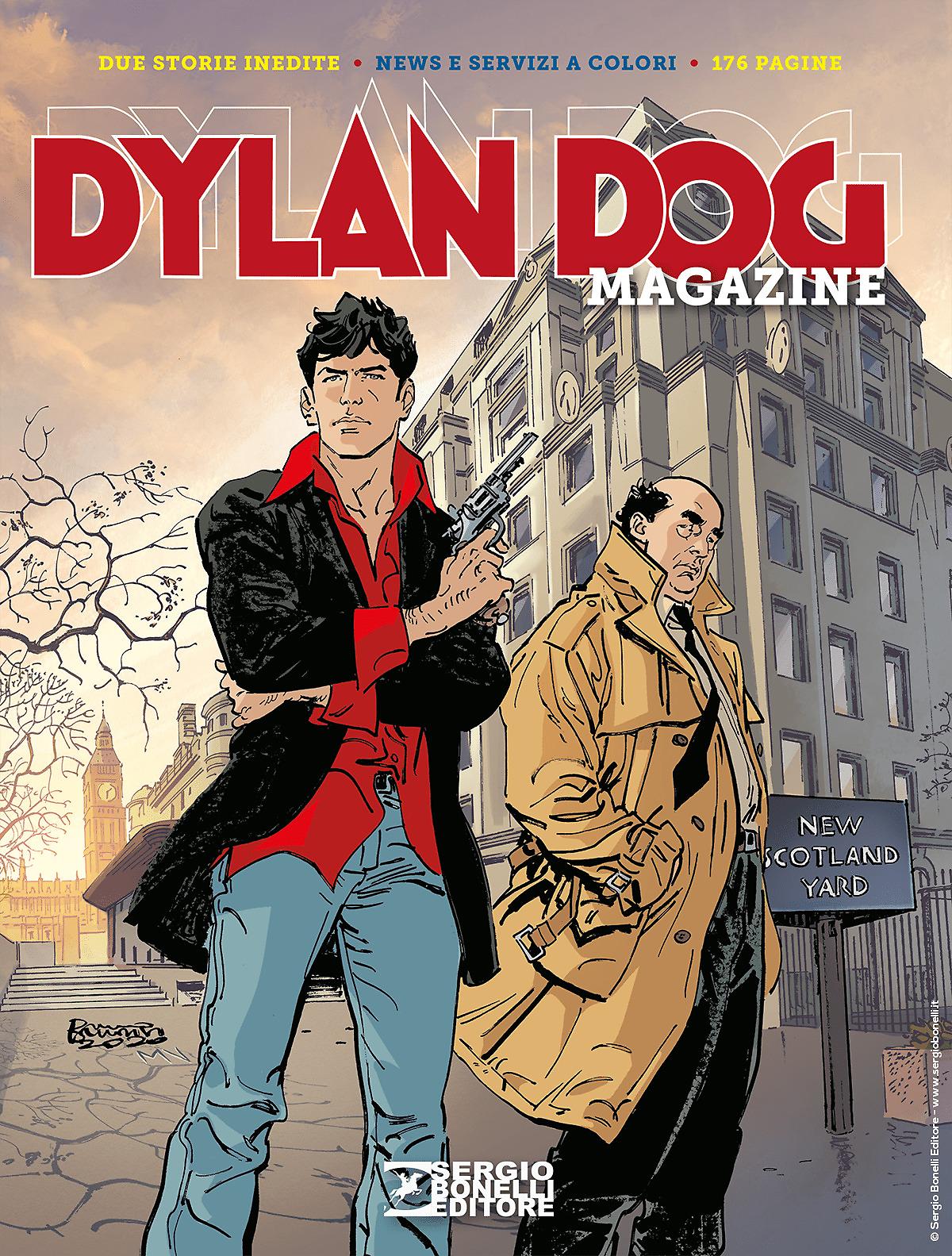 Introduction: Dylan’s Magazine is back! 176 pages, two original stories, and many news and full-color files from the world of horror and fear!

In the 2020 edition of our Dylan Dog Magazine, Count Dracula never goes out of fashion, just like the monster-hunters (and if they’re huge, the monsters, I mean, all the better). And if an invisible man is sleeping in your bed, who are you gonna call? The Warrens, of course. Also, with our usual overview of the year’s horror movies, TV series, books, comic books, and video games, and the two original stories starring our Nightmare Investigator.

Bloch has just lost his wife. Now, he’s alone with his young and difficult son, Virgil. And an investigation about a serial killer who always leaves a little doll on the site of his murders. What’s the connection between a group of victims who seemingly have nothing in common? To find out, Bloch creates an investigation team. One of its members is a young apprentice called Dylan Dog.

As an appendix, “I due padri”, a short episode on Dylan’s formative years, written by Alberto Ostini with art by Paolo Bacilieri.