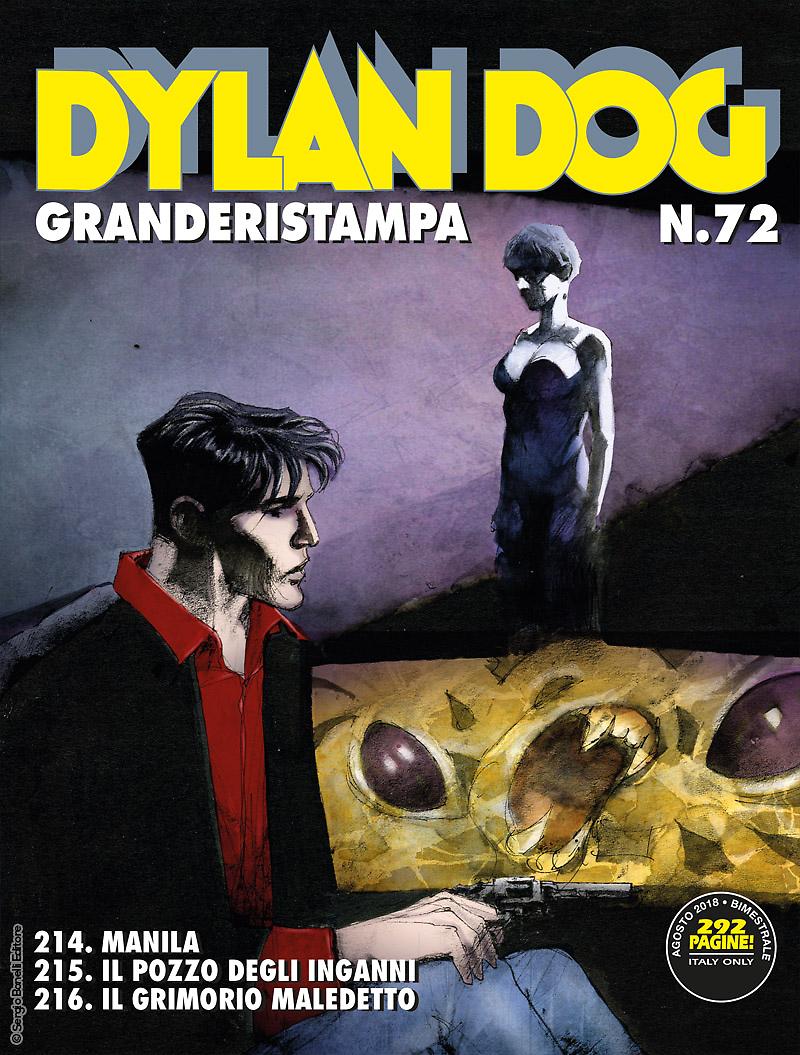 Introduction: A vampire on hunt, an hounted manor and an evil book collector...…

Jargo the vampire is dead. But the same cannot be said for the last of the creatures of his pack, Alec, who spreads death all around in his relentless search for preys. Manila, the alluring vampire Dylan Dog saved by giving her his own blood, enters into a most unusual alliance with the Investigator of Nightmares, for the specific purpose of eliminating Yargo’s surviving servant. But maybe this isn’t the only reason that has driven her once more to walk side by side with our Dylan…

Ruthwen Manor is a dilapidated old house that knew decidedly better times… Or not. Maybe, that isolated house always concealed a monstruous secret. A secret like the one that provokes the disappearing of poor illegal immigrants who hide between its walls. People that nobody sees, whose dreams and ambitions are crushed by a pitiful existence, forced to  suffer the blackmailing of a ruthless criminal like Stefan Lako. Nazir, Guli, Violeta are victims that are at risk of capitulating under the nefarious power of Lord Ruthwen’s house, but Dylan Dog will try to give them a new hand of tarots to play.

Old books collectors live in a strange world, particularly if they’re looking for books with, so to speak, “unusual” powers, like the White Grimoire… But if it’s true that a real collector believes that no act is too reproachable when trying to conquer the coveted volume, well, I the case of Count Gregory Babalkan his actions spill over the dark territory of necromancy. The Count is a wizard, oh yes, but an evil one, and he wants to destroy the grimoire to have free access to the Door of the Kingdom of the Shadows, as an astonished Dylan learns from Madame Trelkovsky…