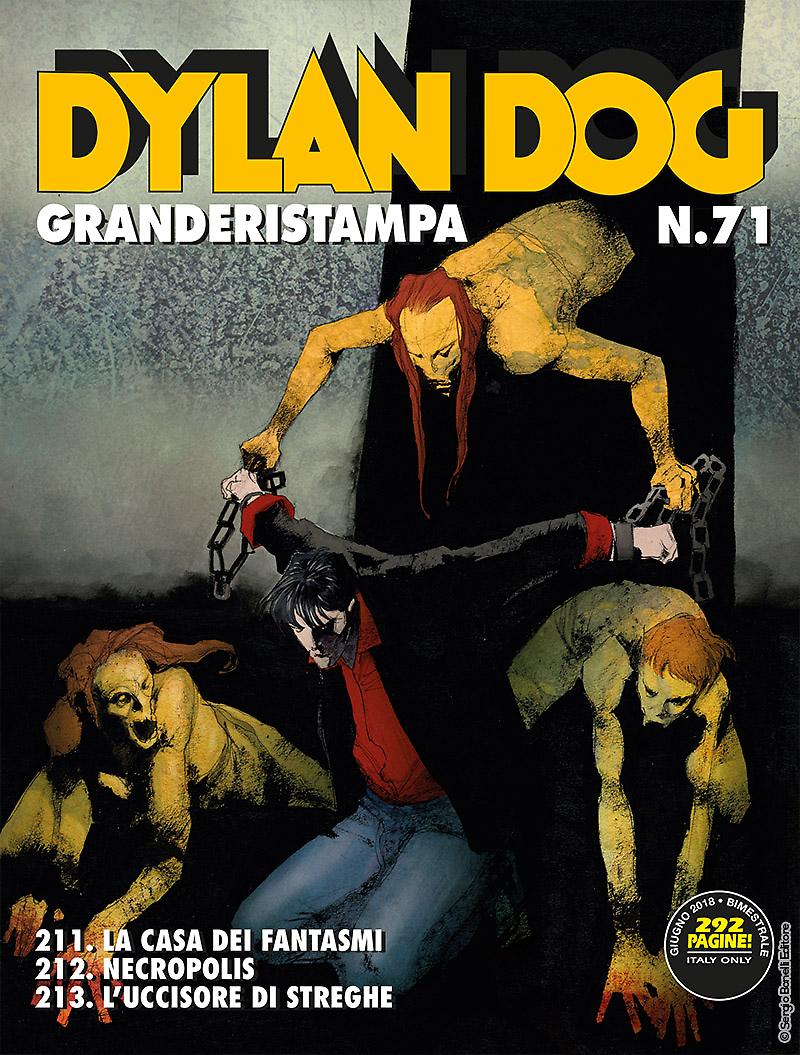 Introduction: A ghosts invasion, an incredible nightmare and a witches murderer…

What a golden existence young Master Walt enjoys, efficiently looked after as he is in his sumptuous mansion by the irreprehensible butler Edgar and a whole host of dutiful servants. Well – er – it would be golden if the house weren’t literally crawling with ghosts! According to the young scion’s father, the situation might put Walt’s peace of mind severely to the test, and so the august gentleman unhesitatingly appeals for help in this affair by turning directly to Dylan Dog. Who, in the absence of the lord of the home, very soon comes across some rather interesting discoveries…

Welcome to Necropolis. But does it really exist? For many, it's just one more case of the legends that spring up in the urban jungle, while others say it's a hell on Earth, a secret place for mysterious experiments or a torture centre run by the State. No-one can say, because no-one gets out alive from Necropolis. Oh, wait, no that's not quite true... there actually is one person who can tell you what things are really like in Necropolis: his name is Dylan Dog. But will there be another person willing to believe him?

Véronique Mercier is a witch! No, we’re not referring to a woman with a particularly unbearable character; we genuinely mean that she’s a follower of magic arts, even if it’s only for virtuous purposes. Regrettably, though, this detail fails to shield her from the attentions of a madman who, in the small French city of Beauport, is capturing all the “sisters”. Luckily, Véronique can call on Dylan Dog for help…