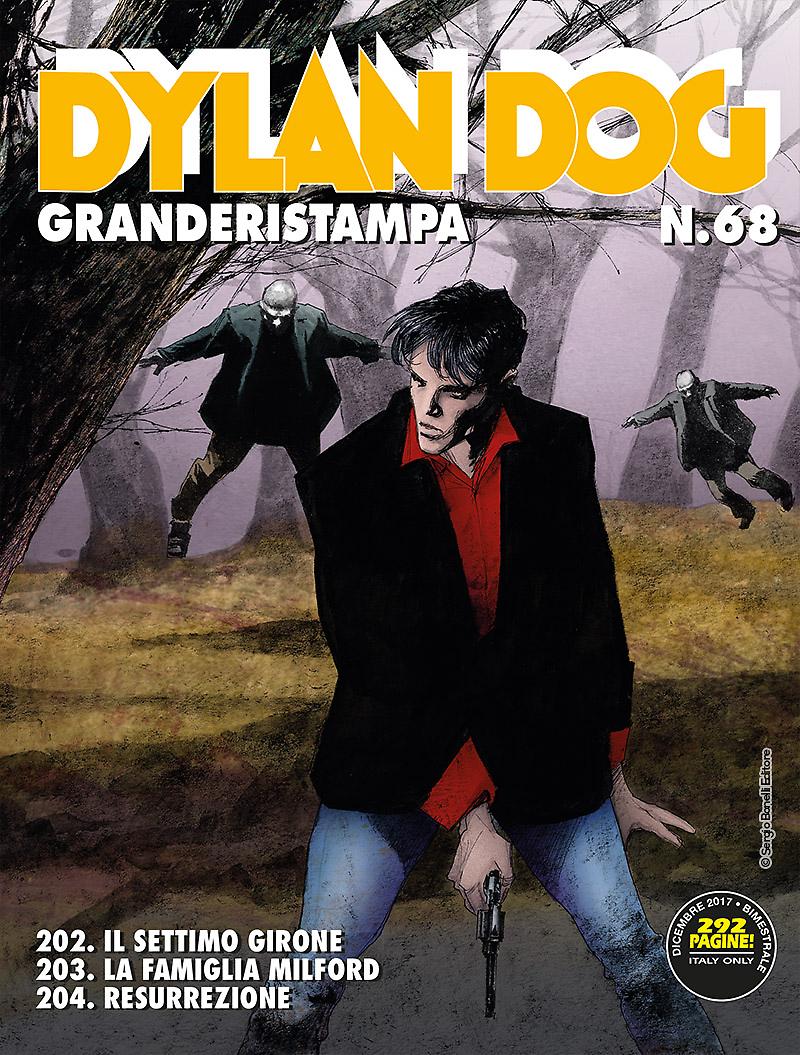 Introduction: A disquieting feeling, a too (un)happy family and a diabolical policeman…

Many of us, at least once in our life, have experienced the horrifying feeling of not existing in other people’s eyes, as if we’d suddenly become invisible and intangible. Well, now, Dylan Dog and four of his companions of adventure who’ve teamed up with him quite by chance find themselves sharing the horrifying experience of living in a world that is slowly dying. They’re imprisoned in an area of the city where people obsessively perform the same actions over and over again without ever stopping. Perhaps Dylan has inadvertently crossed through a dimensional crack? Or is he merely escorting four damned souls towards the most terrible circle of Hell — the seventh, the one reserved for assassins?

They’re absolutely impeccable, those Milfords — the family that acted as the protagonist of a famous television show a few years back. But now, after a commemorative episode, the series’ leading characters are beginning to die, murdered in ways that are as gruesome as well-nigh impossible. An implacable vengeance cuts down their existence, and Dylan, upon the request of the beautiful and recalcitrant Ellen, the niece of the script-writer/director of the show, will inquire into the adverse effects of frustrated fantasy…

Henry Cornell is the classic cop who fights crime with all the rage a man who’s been tortured by life can be capable of. More than just arresting the baddies, what he really likes is reducing them to shreds. Unfortunately for him, one bad day, during one of his insane anti-crime missions, Cornell ends up burnt alive in a blaze. Few are those who lament his passing, and even Dylan, a sworn enemy of Cornell’s methods, hardly knows whether to be sad or not at his demise. But not long afterward, Henry Cornell comes back from the Hereafter to continue doing what he’s always done…