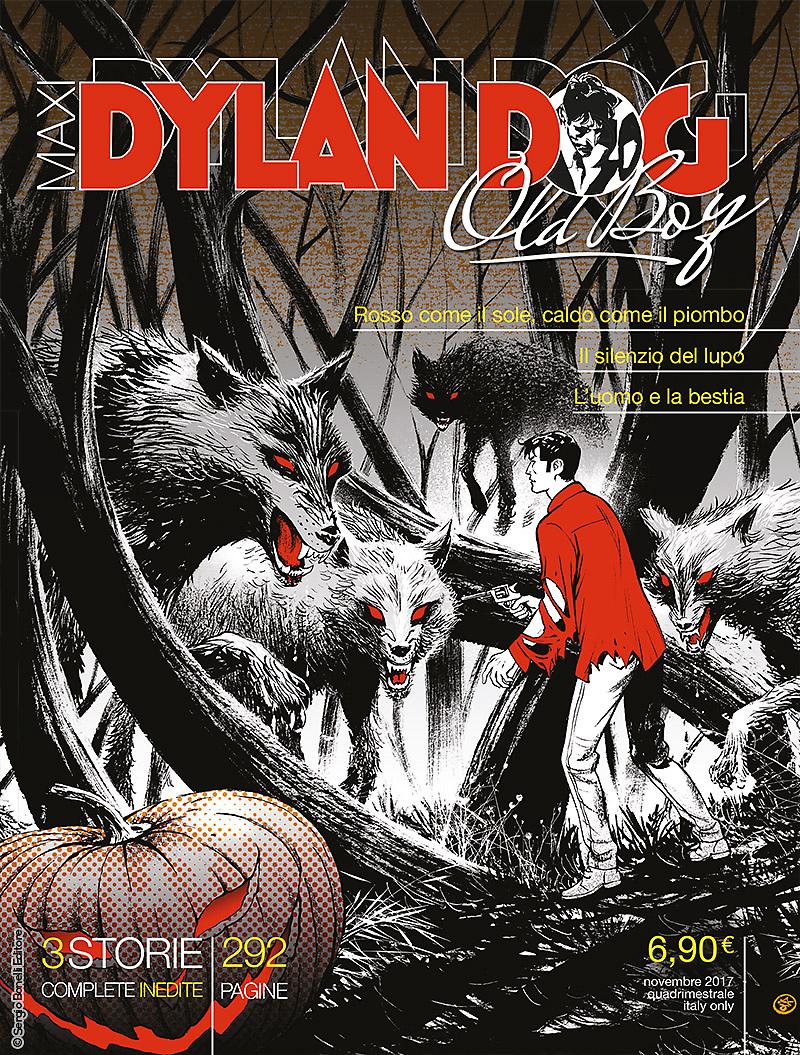 Introduction: Native Americans and werewolves for our Old Boy, across Wild West atmospheres and British metropolis...

On Halloween, a mysterious Native shaman summons... a living person! It's Dylan Dog, who is taken to the gloomy Wild West Otherside we already know. The man who asked for the Nightmare Investigator's intervention is Sisco, the rough keeper of the Living Cemetery...

A man of color emerges from the woods wearing animal skins, with a shaved head and his body painted with strange, magical tribal signs. He's looking for an enigmatic wolf that will escape him after a bloody fight and roam the heart of London.

This will be an entirely textless adventure, where the storytelling only counts on the evocative power of the image.

Lord Bellamy is an old man, but he doesn't look 78 like he is. After going to Craven Road with his as old butler,  Reginald, he wants to hire Dylan: Bellamy maintains he's a werewolf and asks the Old Boy to lock him up during the full moon nights. That's something the old butler used to do, but he's too old now to take care of the task efficiently.