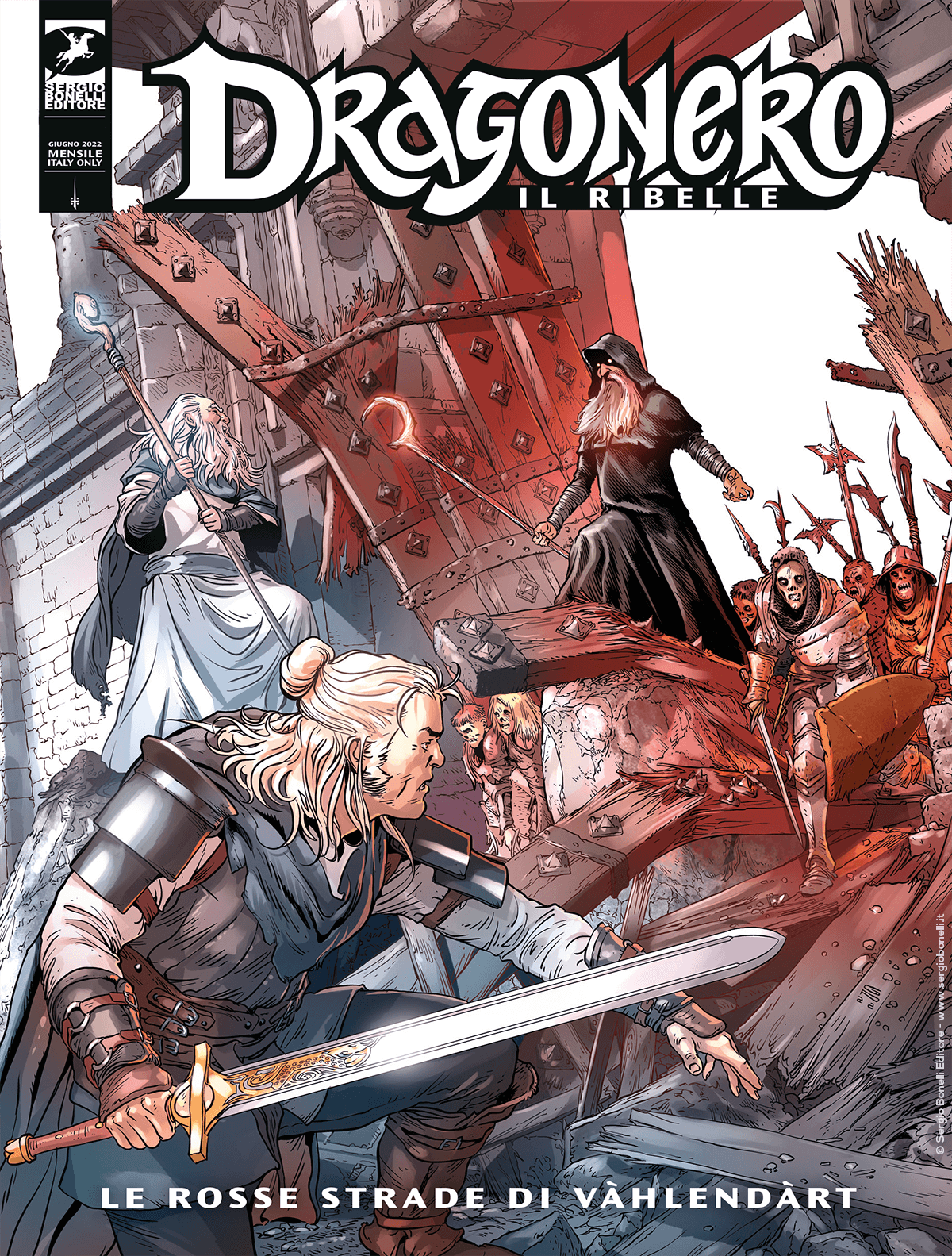 The town gates waver under the clash of the evil army created by Jeranas: thousands of humans, elves, orcs... are now only puppets in the hand of a wicked sorcerer. The Swords of Justice join the Imperial army, led by Dragonero himself, to foil this most horrible threat... But another fiercer clash is going on in the capital city’s vaults: Alben and Jeranas are going face to face in a tragic showdown!