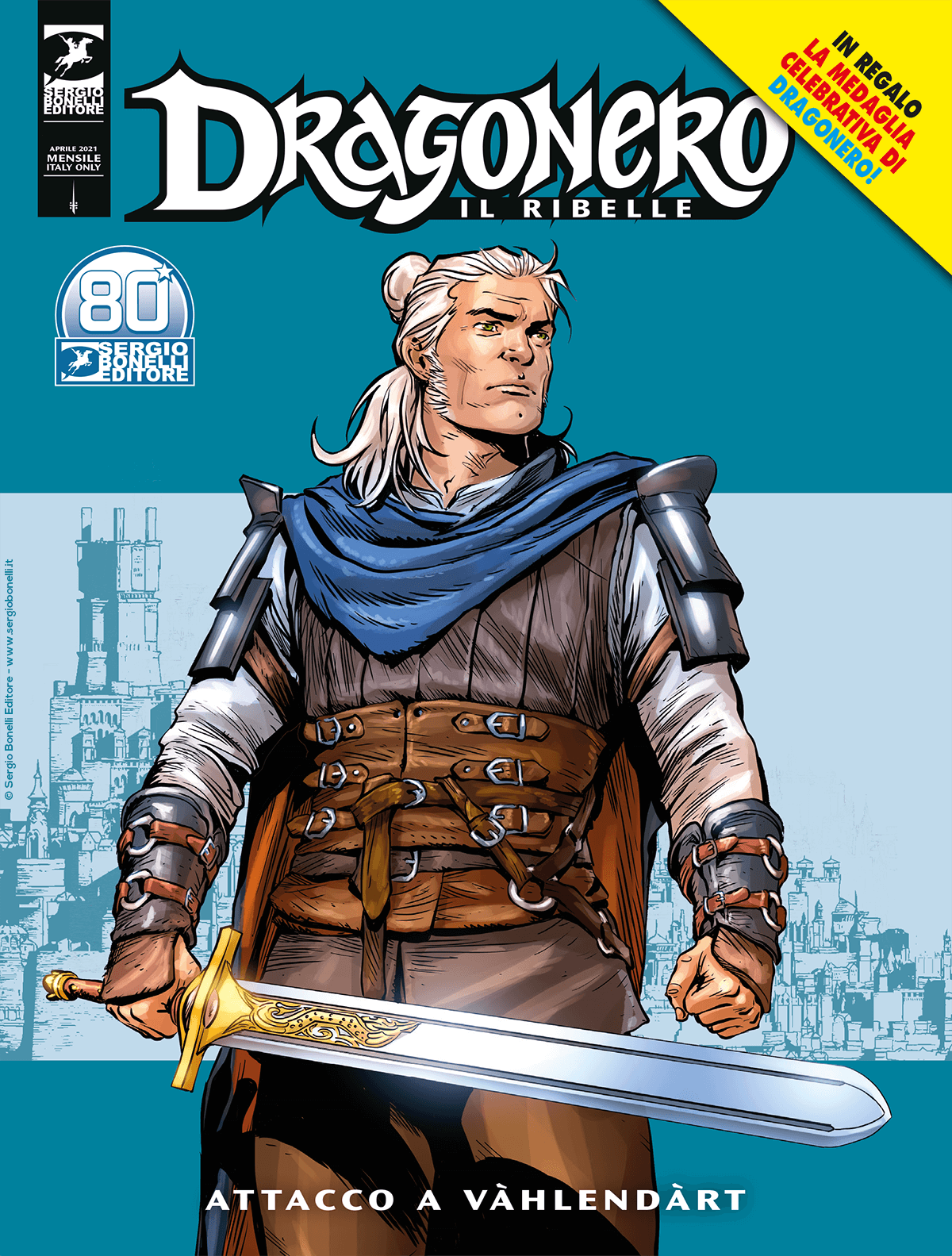 Introduction: The beginning of the rebellion, a daring strategy, and the attack to the center of the Empire!

The rebels start guerrilla warfare with quick forays and lightning attacks: it is indeed an uneven struggle between the small bunch of the Swords of Justice and the Imperial army. But the strategy chosen by Dragonero wasn’t always accepted by all the rebels unanimously. There was a time, at the beginning of the rebellion, when someone imagined the unthinkable—an attack straight to the heart of the Empire, the capital city, Vàhlendàrt. This is the story of how it all happened… and more.

With a free commemorative medal of Dragonero!