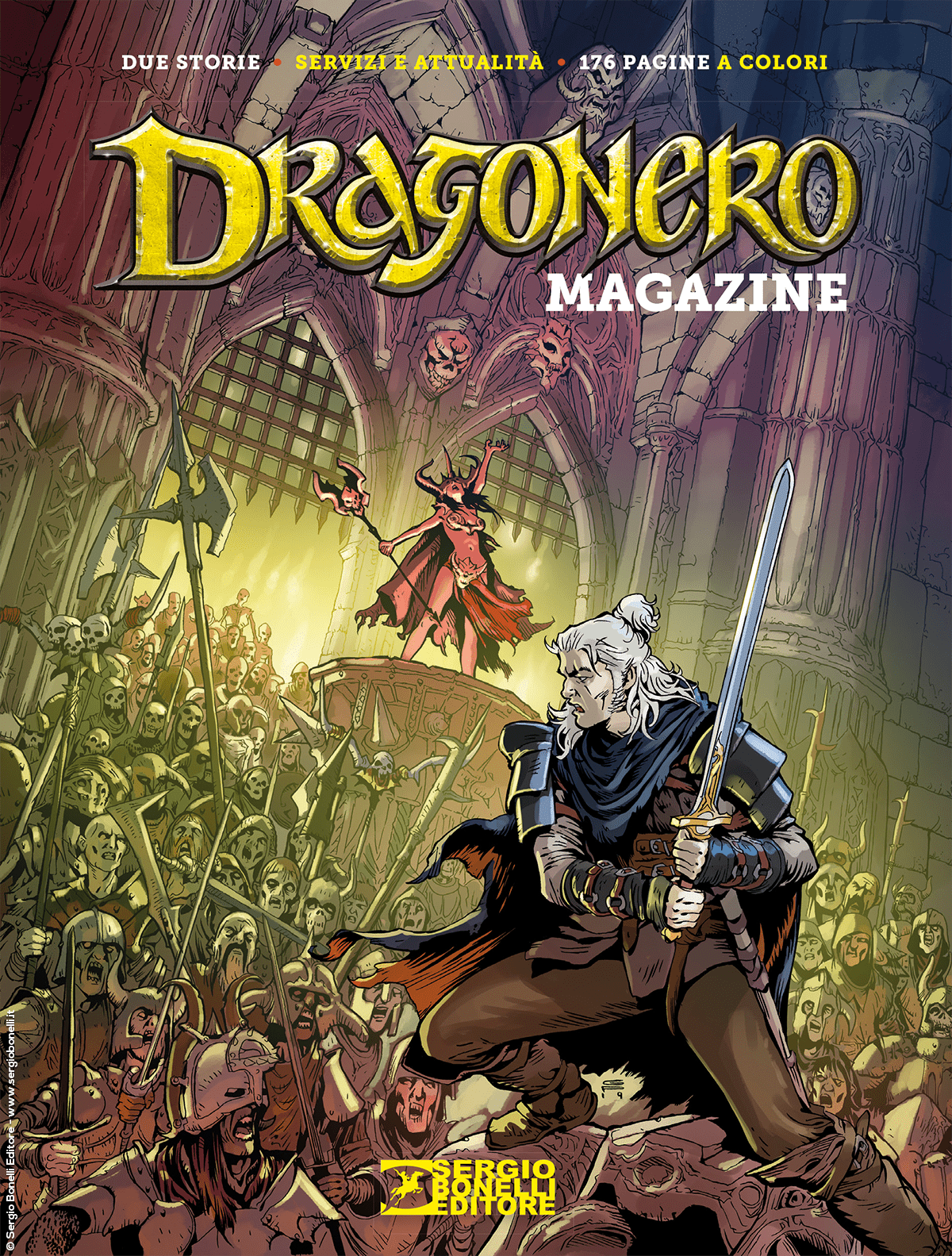 Introduction: In a magical Dragonero Magazine 2019, two brand new stories in full color and many in-depth features about the world of Fantasy!

Our usual preview of this year’s Dragonero Magazine is about the comic stories starring, respectively, Gmor and a duo of mysterious wizards, but also a venture into the myriad realms of Fantastic. With that, we mean all things belonging to the world of fantasy, that can excite or amaze the readers. Or charm them…

Charm, that’s the right word! In fact, the new Magazine centers around wizards and magic! An extensive overview of the life, death, and... magic charms of wizards and sorcerers in movies, comic books, and novels will be featured in one of the articles of the book, with two stories by Luca Enoch and Stefano Vietti on the same subject. Luca will show us Gmor’s meeting with an unusual wizard, more adept at patronizing smoky taverns than dimly lit libraries. In Stefano’s story, we’ll find two mysterious sorcerers that unwittingly face a terrible threat to the survival of all the Vàhlendàrt citizens! Will they be able to thwart it? The answer is not that obvious since necromancy works in winding and insidious ways...

Animation cinema is another kind of magic, and we couldn’t miss a story about one of the most important pieces of news of 2019. The Dragonero cartoon series (co-produced by RAI TV and Sergio Bonelli Editore) won an international award for the best cross-media project of 2019! With the help of an exceptional set of pictures, the dossier will tell the story of the animation films set in the world of Fantastic. Spanning more than a century, from 1908 to today, we will talk about the works of Disney, as well as the Japanese and European movies… And we’ll also find out that the Italian moviemakers were able to create cartoon masterpieces in this genre, although relatively unknown to the public at large! What are you waiting for? Fly to your newsstands… on your magic wings, of course!