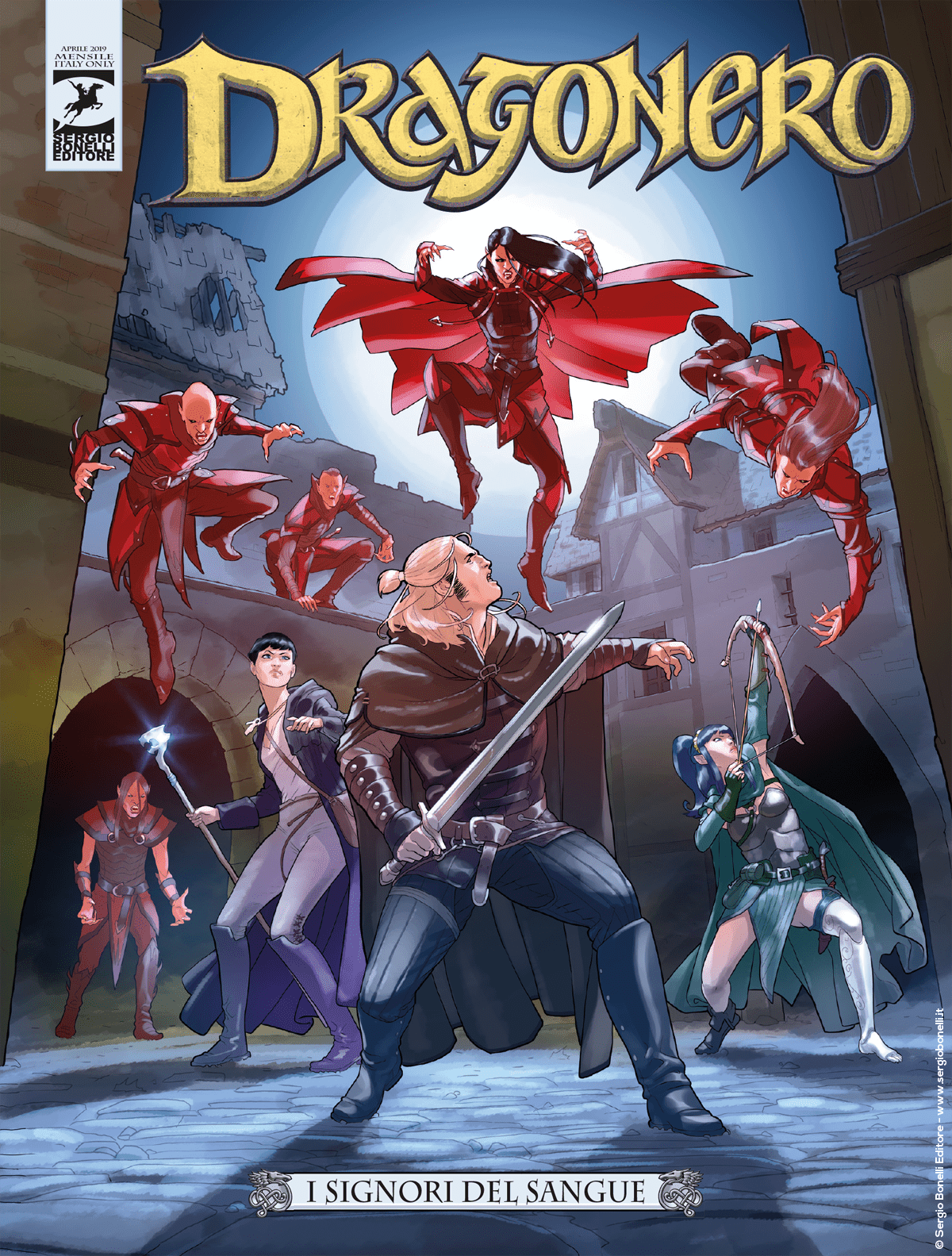 Introduction: Dragonero and his adventure mates face a severe danger, that can threaten two universes…

Ian Aranill and his companions came to the mysterious “Land of the Night” (a place that penetrates Dragonero’s world, but at the same time exists on another time-space level) on the tracks of the mad and evil Shiverata. The renegade sorcerer, who had been fought – and killed – by Dragonero, in the now remote first adventure of our hero, came back from the dead. With the help of two powerful allies, he ’s hatching a diabolical plan, but its goal is still rather unclear… The only certain thing is that it must be stopped before it’s too late. That’s why Ian and co. dared to cross the line between the two universes, risking to be caught in the act by the beastlike creatures that in ancient times were exiled in the “Land of the Night”, due to their insatiable hunger for blood: the Lords of Darkness!

Also, we’ll find the reason that urged Aura on the lonely and dangerous path of magic, to reach the camp of the mercenary band led by “The Carcass”. Be warned, though: not all her secrets will be revealed…