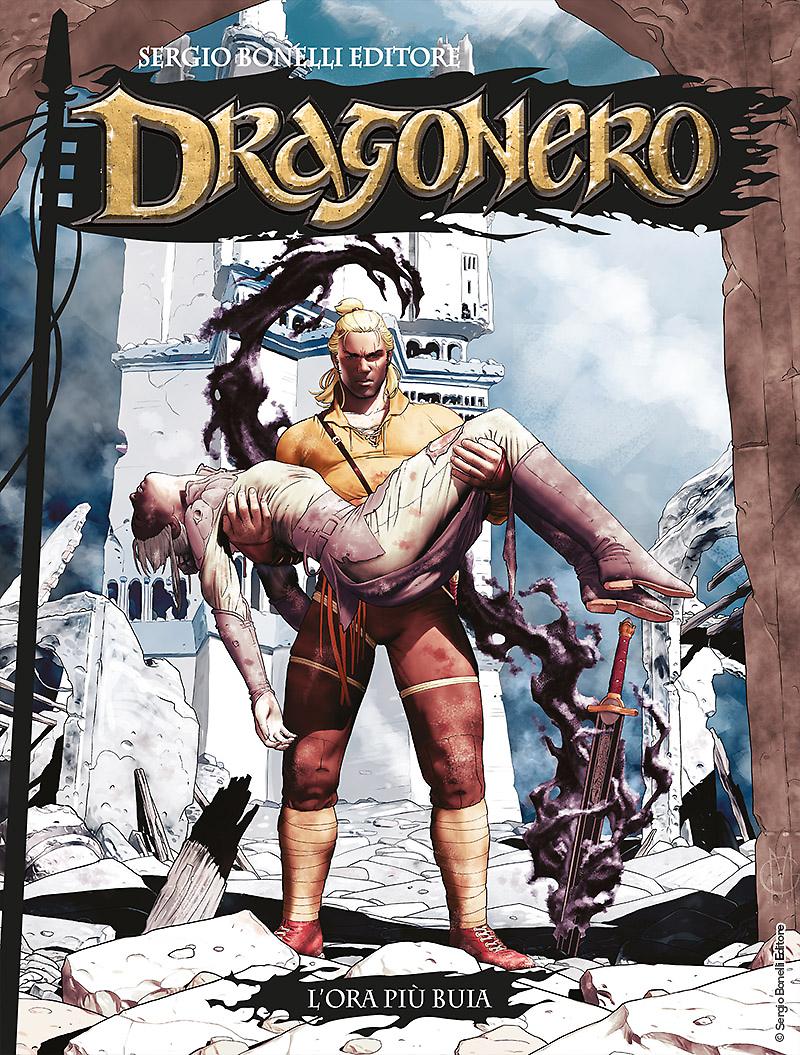 Introduction: Captured by the Black Elves, Dragonero is about to be executed. Will the Empire manage to save him?

It is a time of extreme troubles, for the Erondar Empire, after the Black Queens attacked it and brought it on the verge of defeat. Harsh battles are raging everywhere. The victims are countless and even the fate of Dragonero, captured by the Black Elves, is hanging by a thread... a false step would be enough to plunge him into the abyss! That could be the end of Dragonero’s journey, with the capital execution for the Dragon Slayer, while Solian falls as well and the banner of the Black Queen flies over the city that once was free and independent. But the Empire will try to answer, anyway: they seek a last-ditch counterattack while sending, at the same time, ambassadors and scouts across the borders, asking for help. Who, among their allies, will answer their desperate call?