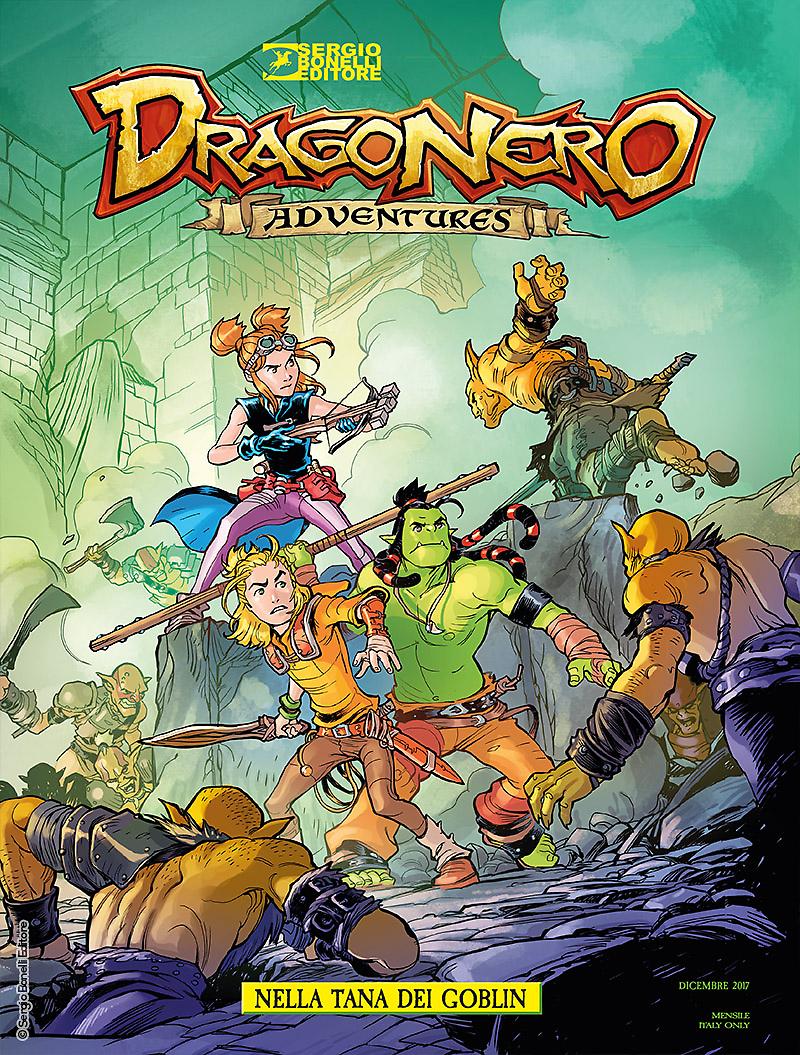 Introduction: A panicked town. A winged monster that strikes at night only. Dragonero and his young friends will try to stop it!

Wings and claws move through the night. A monster has been spotted while it was flying in the sky near Silveridhe. Fear spreads among the farmers, windows are locked, and doors are bolted after sunset. But Ian, Myrva & Gmor are not the sort of kids that surrender themselves to fear... not too much, anyway... So, they hatch a course of action to try and catch the monster. And their plan is made of adhesive spheres, a catapult and light darts. Let the hunt begin!

For his training to become a warrior, Ian has to go through the dangerous twists of a complicated machine created by his ingenious (and in that case, malicious) sister: may daydreaming be the right solution to pass this trial?