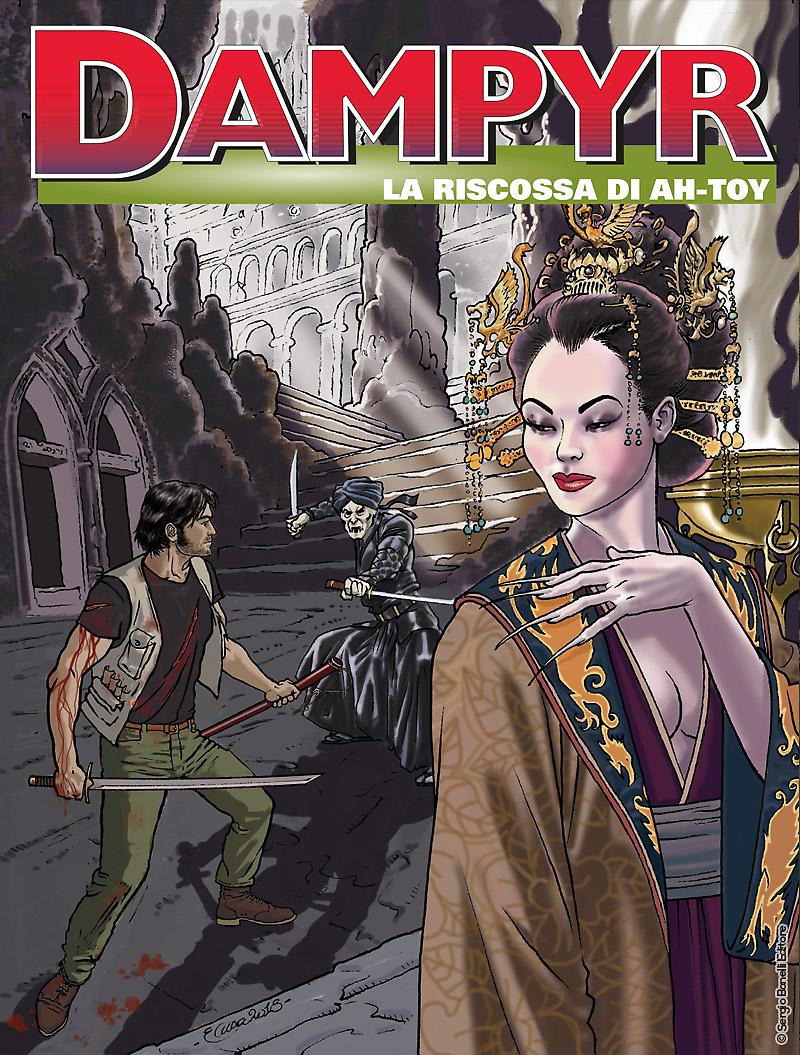 Introduction: The mists of the Malaysian seas are the hiding place for the slaughterhouse island of ruthless Ah-Toy!

The Mistress of the Darkness, Ah-Toy, lied in the shadows for centuries. But now the investigation by Jim Fajella, the vampire cop befriended by Dampyr, shed light upon her shady trafficking, from her West Coast Chinatown to the big cities of the U.S.
The powerful super-vampire is getting ready for a final clash, in Malaysia, against Harlan Draka and a bunch of hired soldiers led by T-Rex!