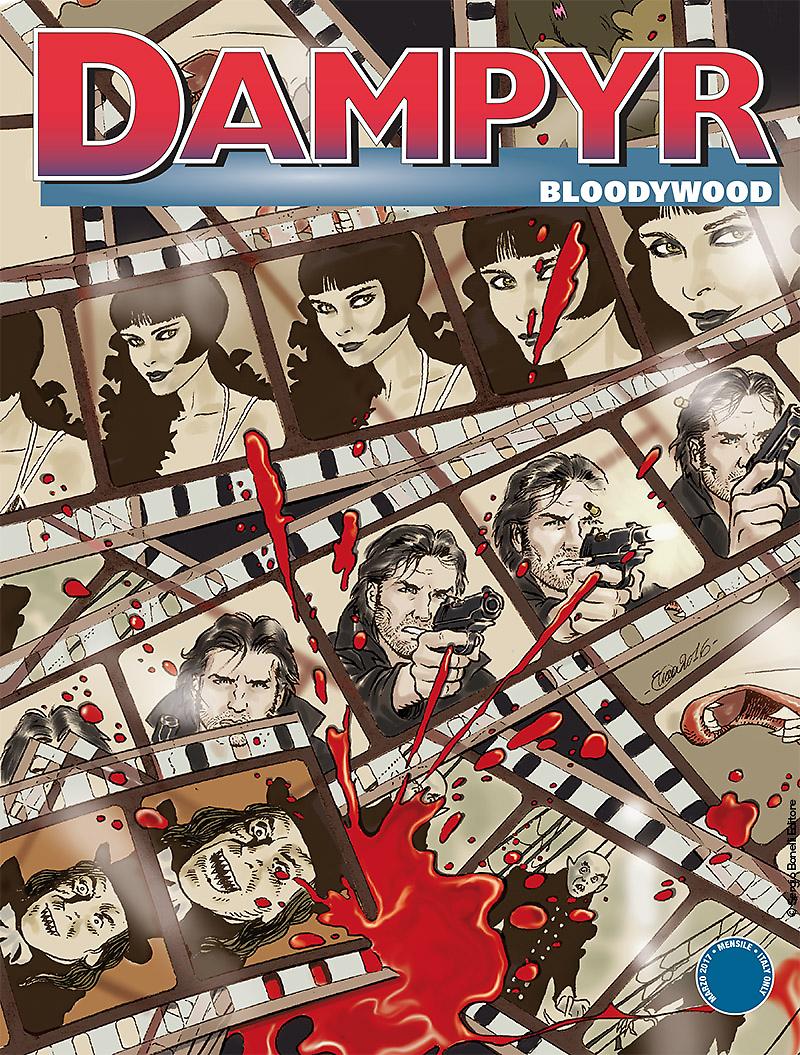 Introduction: Bacall, Bogey and Laurel & Hardy in a blood-sucking role!

Several years went by from the day the maudit film director, Alexis Musuraka, a Master of the Night, was killed by Dampyr. But in the entrails of Hollywood, his diabolical motion-picture projector still is on!... While investigating the bloody trail of a string of savage snuff-movies where some legendary actors appear to perform in, Harlan, Tesla & Kurjak go to Tinseltown–here they will meet one of the worst nightmares in their career… Hollywood is teeming with vampires, with the faces of the film stars that made us dream!