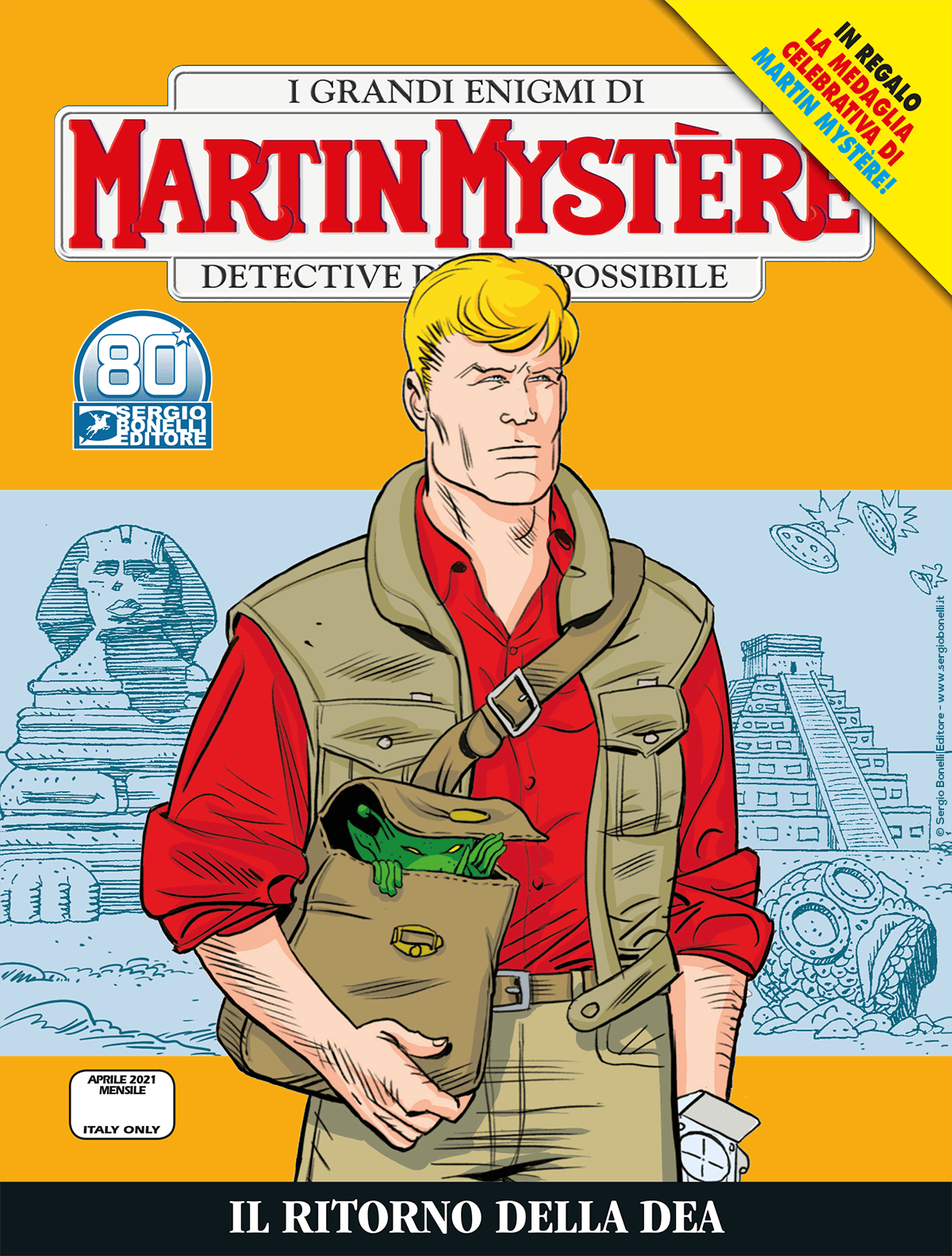 Introduction: While Martin Mystère is serving a sentence for Java’s murder, an ancient, bloody rite is performed…

Martin Mystère is in jail for Java’s murder. He confessed and decided to pay for it with life imprisonment, while he could have a different sentence due to the scarcity of evidence against him. While time goes by slowly in his cell, in the Mexican forest, a group of U.S. soldiers is massacred in a barbaric rite, where a headless crystal skeleton rejoins its skull. Since the priestess of the ritual is a woman, Zulma, with whom the Detective of the Impossible had dealings many years before, there is a difficult decision to make...

With a free commemorative medal of Martin Mystère!