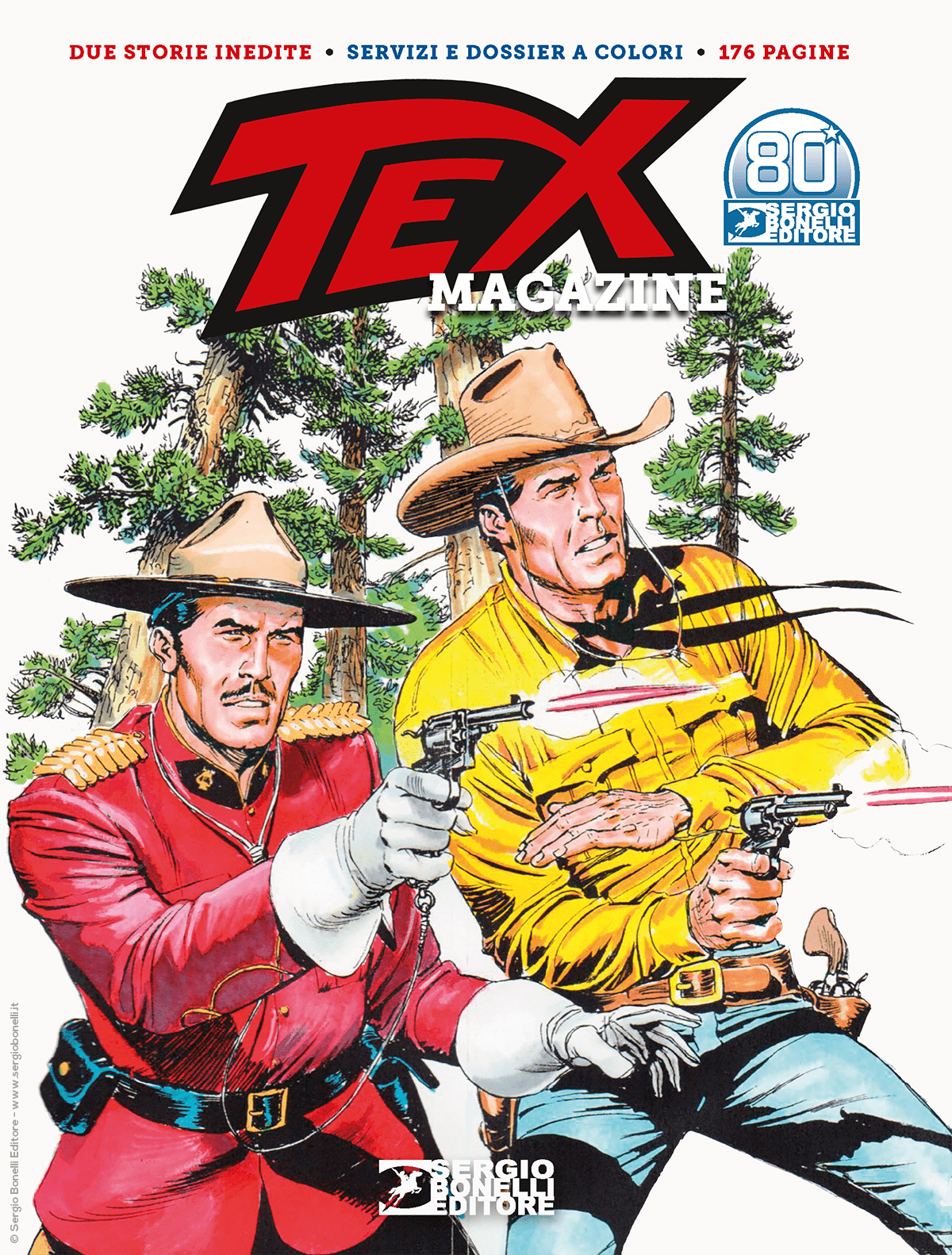 Columbia River (by Pasquale Ruju and Mario Rossi)
A trapper in danger on the Columbia River whitewater, hunted by Indian warriors. Tex and Carson are forced to join his fate. But what is Snow's secret?

Giubba Rossa (by Mauro Boselli and Stefano Biglia)
The North-Western Mounted Police corps has been founded only recently. In a mission on the prairies, a young agent, Jim Brandon, escorting the engineers and geologists of the future Canadian Pacific Railway, must protect them from the Blackfoot and the notorious Wolfers…