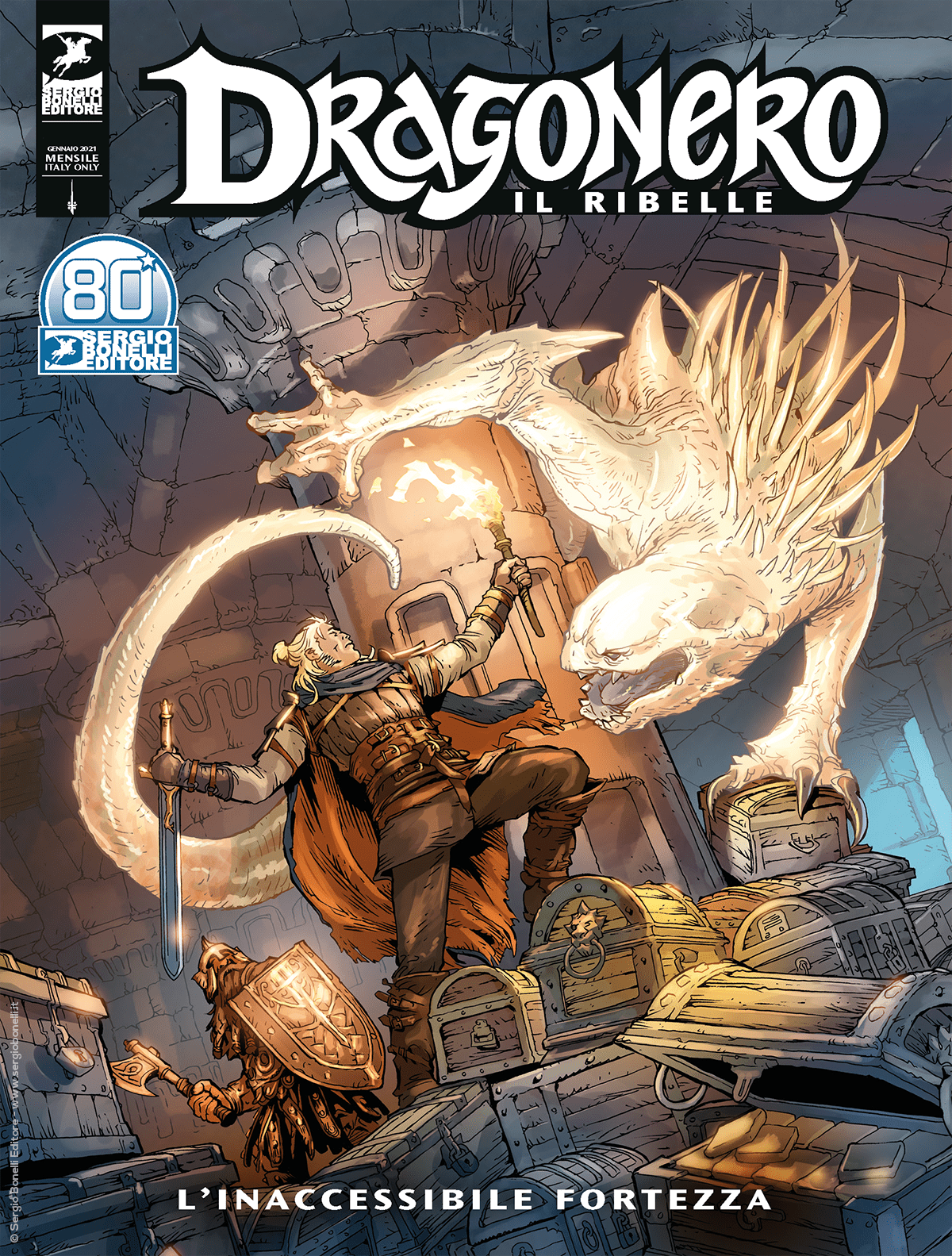 Introduction: With their backs to the wall, the rebels can try to turn the tables to their advantage, but it won’t be easy, and there is a lot at stake.

The rebels’ effort to fight the expansion of Vàhlendàrt, which is spreading pain and oppression across the entire Erondàr, is mightier than ever. But somebody is not happy with the freedom of movement that the rebels have taken in order to go around secretly. The Dwarf People want the underground routes to remain in their sole possession and hit the rebellion hard, taking Briana as a hostage. With his back against the wall, Dragonero counters with an unexpected move that will turn the enemy into an ally: the imperial gold reserve, held inside Dunmon Fortress, in return for Briana’s life and a future alliance with the Dwarves. But Dunmon is a tough nut to crack: sneaking into it is a nightmare, leaving it is impossible…