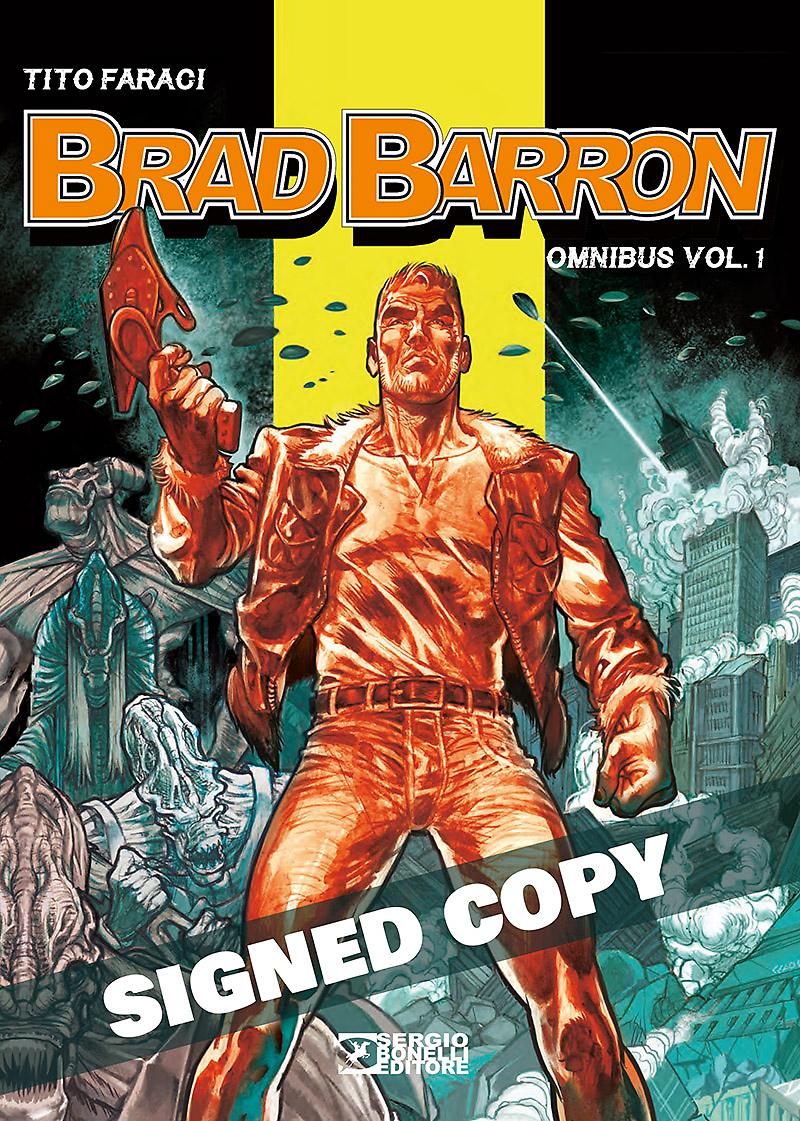 In the 1950s an alien race from deep space colonizes the Earth, forcing its citizens into slavery. This terrible and anguishing scenery is the set for Brad Barron's action: a scientist and a war hero, he has lost any trace of his family since the beginning of the invasion. In a planet that has been turned into a no man's land, where your survival comes first and terror of the alien enemy seems to prevail over any other feeling, Brad is a lone wolf fighting for freedom.

A three-volume saga, created and written by Tito Faraci, one of the most important Italian scriptwriters. With an exclusive cover by Fabio Celoni.

PLEASE NOTE: This is the limited edition, autographed and personalized by the character's creator Tito Faraci.