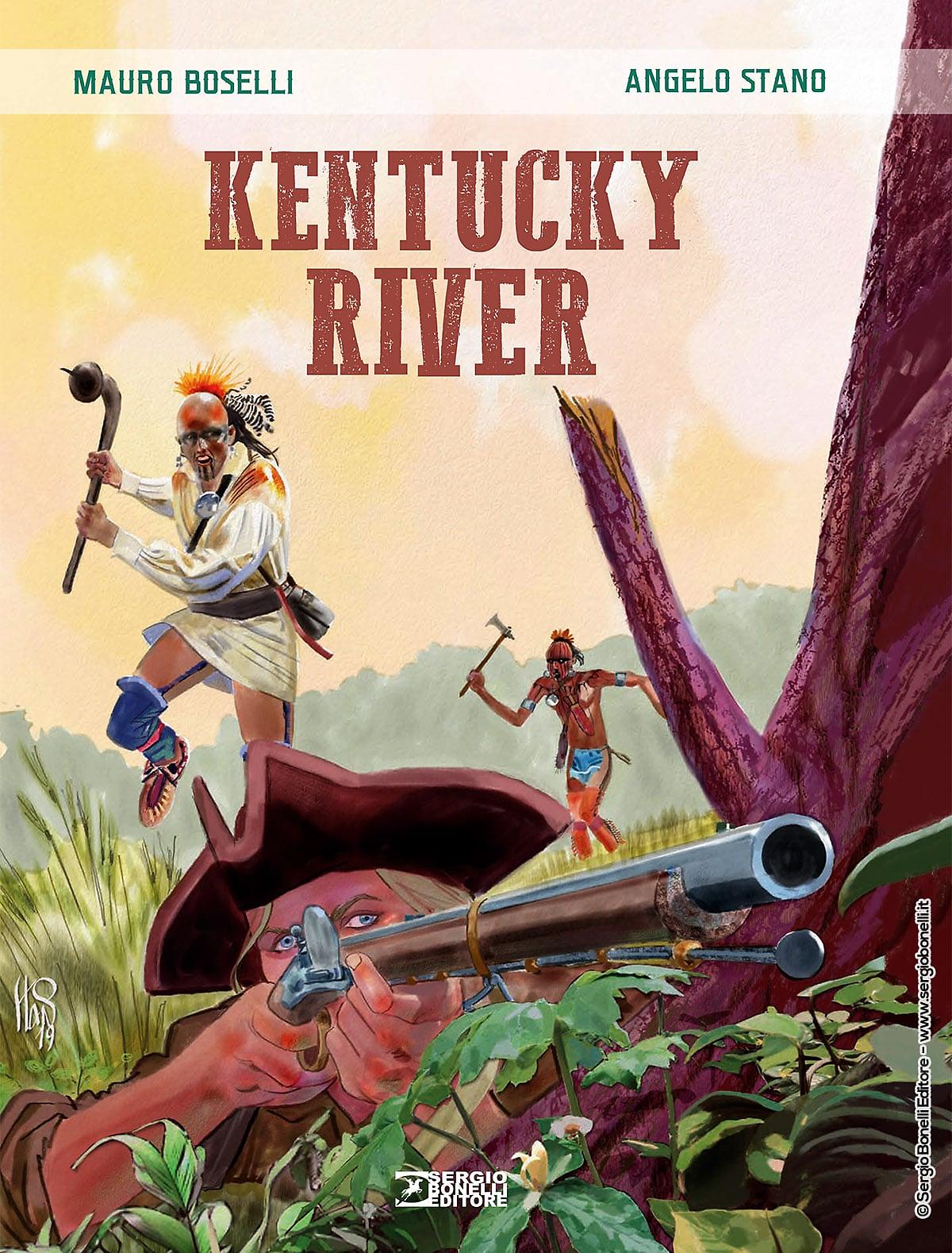 In the land of the Cherokee, in the middle of the forest west of the Appalachian Mountains, a group of brave colonists headed by captain Daniel Boone founded a rebel colony called Transylvania. When the American Civil War explodes, the Indian tribes take Fort Boonesborough by siege...

After Mohawk River, the historic saga of the Chapmans continues, written by Mauro Boselli with art by Angelo Stano. An homage to classic adventure literature, an exiting chronicle of the birth od a Nation: cruelty, heroism, battles, ambushes and betrayals between the rivers and forests of the Old Frontier!