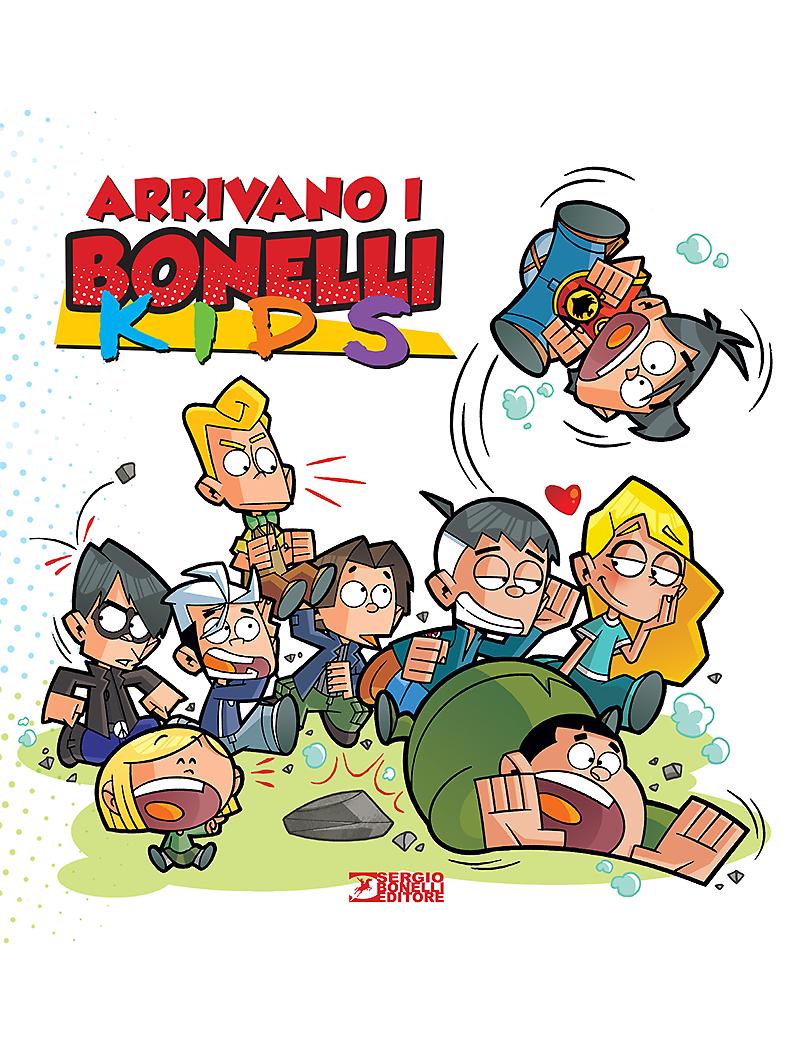 After debuting on the web, the first comic series aimed at young readers by Sergio Bonelli Editore comes to the bookstore!

The Bonelli Kids are a bunch of children with a passion for comicbooks. So much so as to dress like their heroes. But the costume is not enough: it's not easy, you must have the same attitude and the same physique...