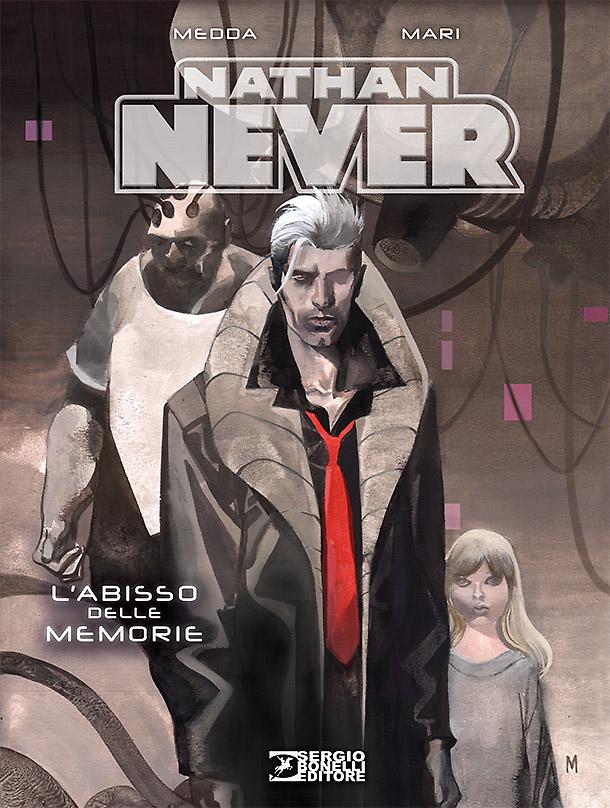 When a murderer, John Smith, is admitted to Cook Hospital, directed by professor Victor Hicks, Nathan's daughter Ann begins to draw things that bring back to her father's mind a psychotic criminal, Ned Mace, who had been his wife's killer. But John Smith really is Ned Mace, and after the experiments by professor Hicks the criminal is able to get in psychic touch with Ann. Nathan will be forced to reckon with his past, once and for all…

This is the tense situation that originated the character as we know it, and is being told in the new miniseries Annozero, as well. In this volume, though, you'll find Nathan's backstory in the “historical” version written by Michele Medda for the art of Nicola Mari. This double story, that since its debut have been regarded as one of the best in the two author's production and one of the highlights of the entire series, is back in a new collectors' edition!