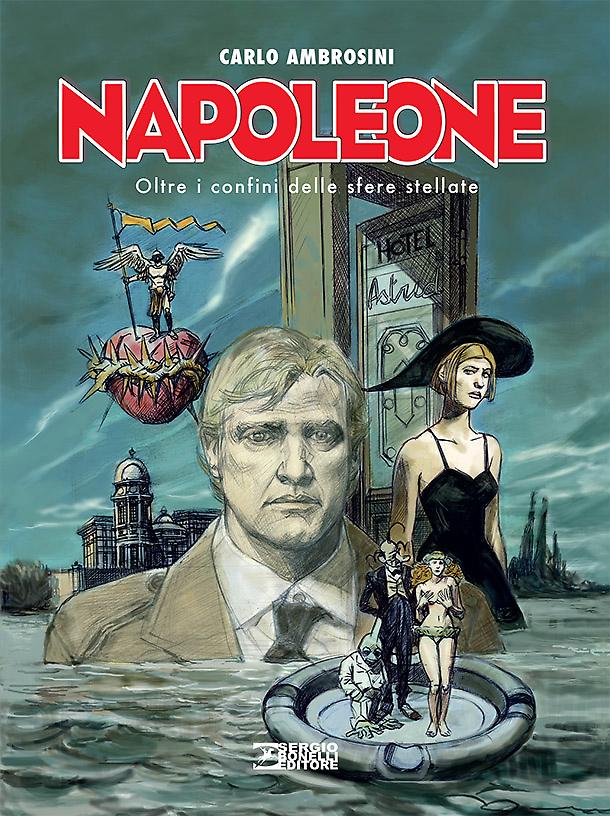 Conceived by Carlo Ambrosini, one of Bonelli's main writers, Napoleone Di Carlo is an Italian former cop who left his native Addis Ababa after all his family had been shockingly killed, and he had suffered a harsh professional disappointment. After becoming a hotel owner in Geneva, he's often involved, most of the times unwittingly, in police investigations. Napoleone lives a deep-rooted anomaly: some psychic creatures, generated by his own fantasy and who can be seen only by him, populate the series' pages, interacting with the real world of the character. Divided between noir plots and poetical realism, some of the most important adventures of the series have been collected in this volume. We chose these stories among those who have been created entirely by Ambrosini, as a writer and artist. The volume also features unpublished art and illustrations and a writing by Ambrosini about “his” Napoleone.