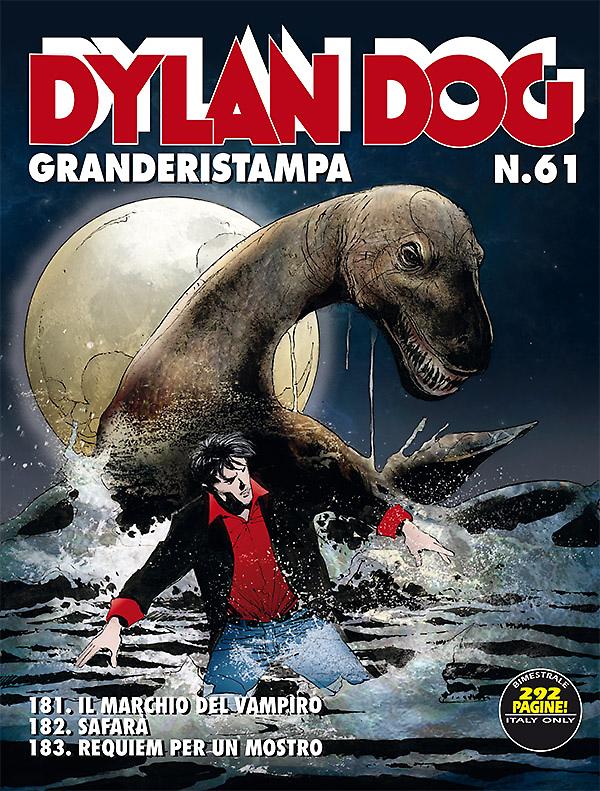 "In the place where the stars are closer…” That’s the telepathic message gentle Twilight intercepts. But how to figure out where Jargo and the non-dead among his pack are going to meet up? Dylan has a flash of intuition, that leads him to cross the path of Manila, a young girl who’s a follower of Jargo, and their meeting is destined to give rise to a pact of mutual deliverance. But will the ways of the heart be able to win out over hatred and the craving to kill?

Neil Levine is one of those photographers who could hardly be said to have hit the big time. He’s even had to sell his camera, and it’s only thanks to the kindness of the shopkeeper that he’s been able to put together a couple of pounds and get hold of an ancient machine so that he can keep on working. All things considered, it hasn’t been such a bad deal, at least not for him! Quite the opposite: in fact his business started thriving ever since the precise moment when he set foot in that small store that has such a strange name… Safarà. But what happens to the poor girls photographed by Levine? Of course, that’s what Dylan has to find out, even if it’s an open-ended sparring match because the diabolical Hamelin, the owner of the Safarà, has an ace up his sleeve...

What sense of emptiness is left by a dying legend? A tragically futile question if whoever asks it is driven only by economic motivations. And so it is that Loch Ness, crushed in a stranglehold between the interests of a multinational involved in the commercial exploitation of Nessie, the strange schemings and plottings of local mayors and the stupid violence of those who want to kill the supposed creature of the lake, risks extinguishing its thousand-year-old existence in long melancholy death throes. Or at least, this is what would happen if it weren’t for the fact that a certain Dylan Dog is prowling around the area…